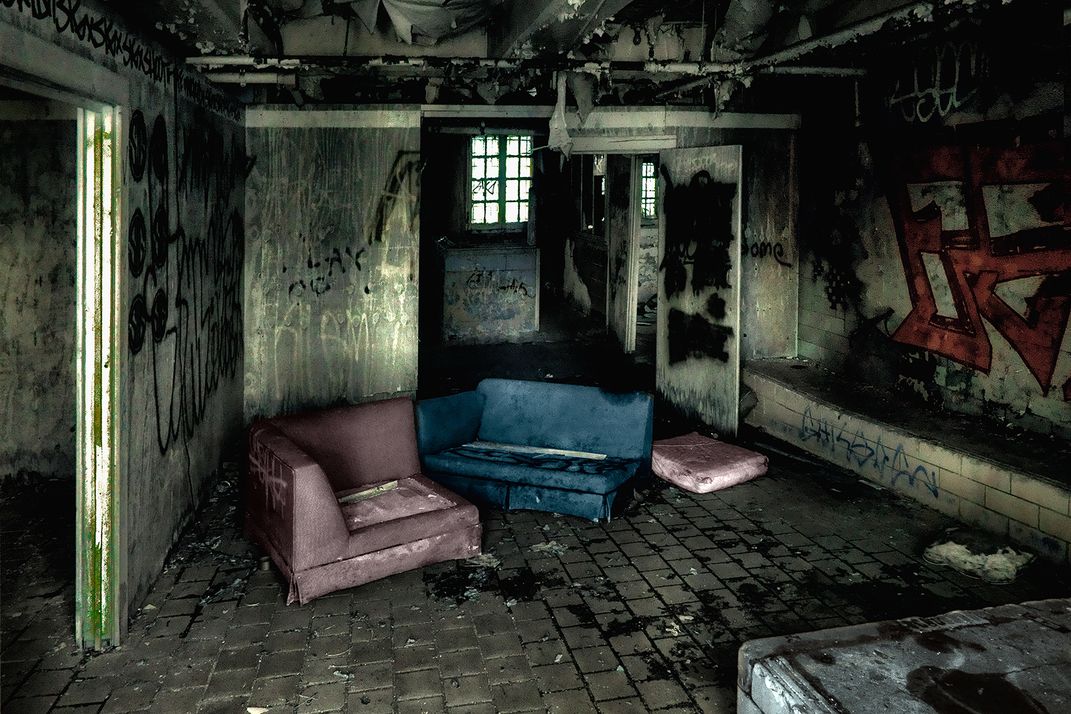 The Old Atlanta Prison Farm has been slowly rotting away for the last two and a half decades having been in operation until about 1995 and almost completely burned down in 2009. It is only accessible by a long dirt path which is chained off with many No Trespassing signs. My camera couldn't resist the temptation and what I found was deeply haunting and nightmarish, I could sense the presence of past inhabitants, lost souls, in these long ago abandoned cells and dark, gloomy hallways. Our society has to rethink the concept and purpose of incarceration, now it is mostly driven by revenge and carried out with unspeakable cruelty.