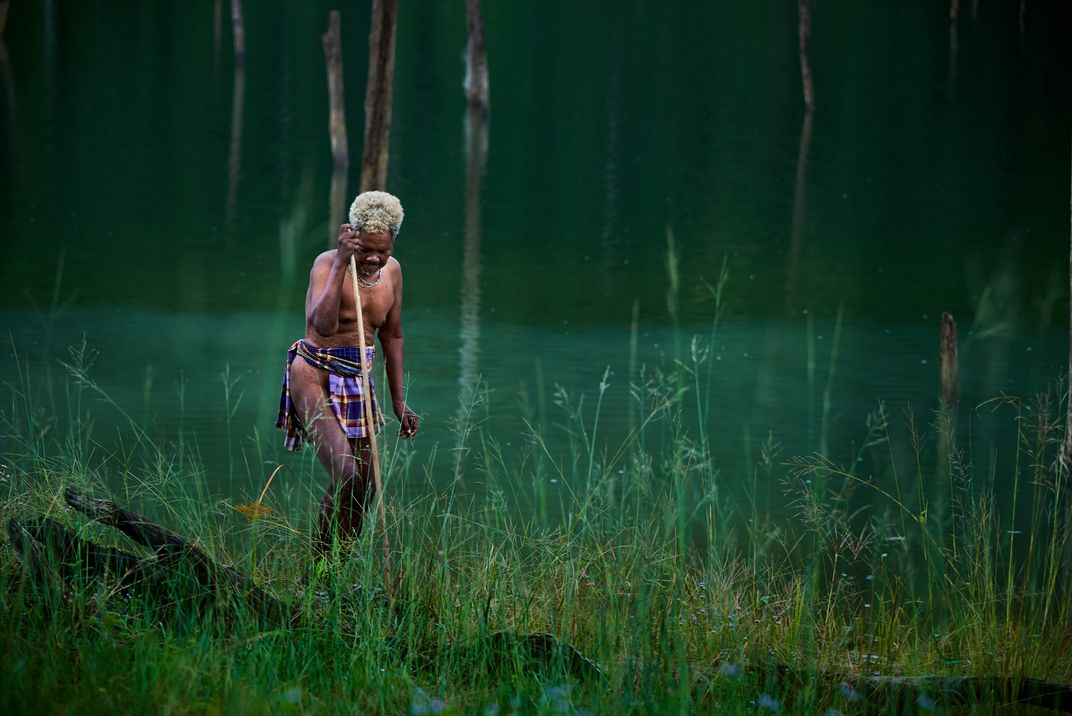 The tropical rainforest of Belum Temenggor have been in existence for over 130 million years, making it is one of the world’s oldest rain-forests, older than both the Amazon and the Congo. In the heart of the forest lies Temenggor Lake, covering an area of 15,200 hectares and dotted with tiny islands. The forest is home to a vast number of species of animals and plants, many of which cannot be found anywhere else on Earth. Pak Lurah is the eldest and wisest in their village and he commands the respect of the others even though he is not the tribal chief. At the age of almost 70, he is the Old Guard of the Jahai tribe.