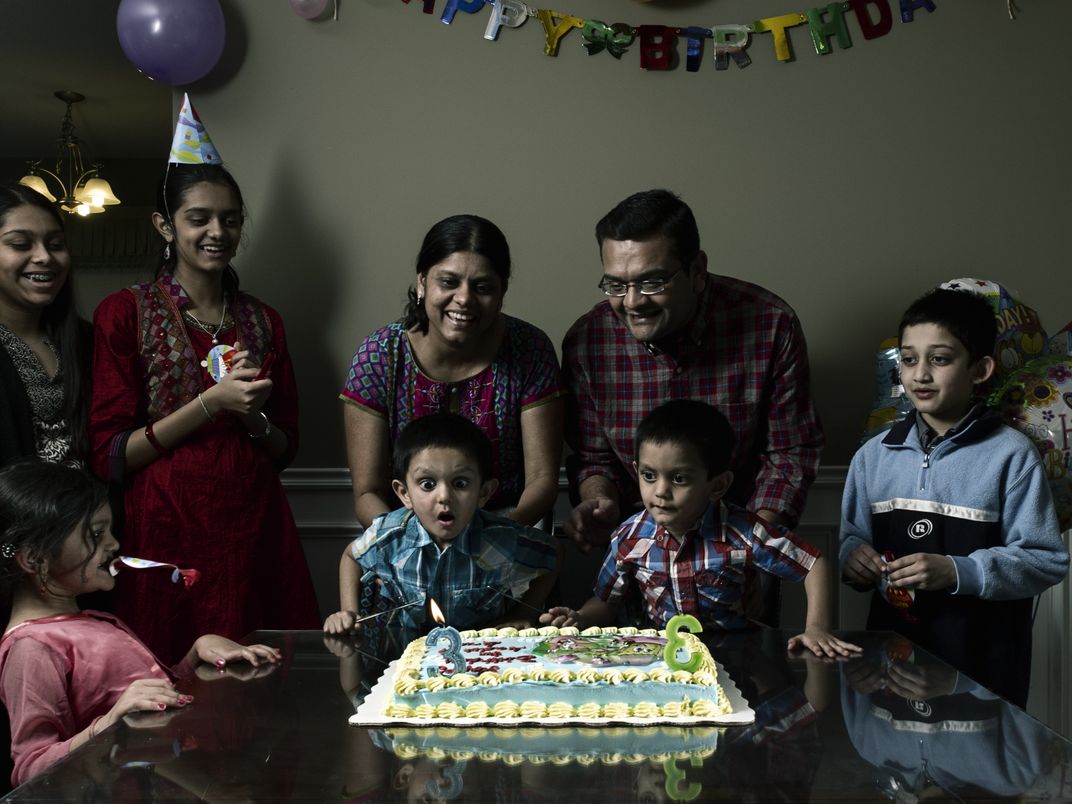 The entire Patel household, along with a few select friends, celebrates the third birthday of the Patels’ twin boys, Aadit Patel and Anuj Patel, at their house Sunday evening, Feb. 16. Nitu Patel, the boys’ mother, came to Michigan City, In. in 2000 to work as a medical technologist in a hospital based in Chicago. Her husband, Hiren Patel, joined her and their U.S.-born elder daughter, Mansi Patel, 13, in 2009 in Columbia after she had relocated here the previous year to work at the University Hospital. Ms. Patel is also working towards getting her master’s degree in health administration at MU. Mr. Patel owns two liquor stores, Columbia Liquor and Eagle Liquor, in the city apart from managing his father’s chemical, hardware, pharmaceuticals, and real estate enterprise in Uganda during summer.