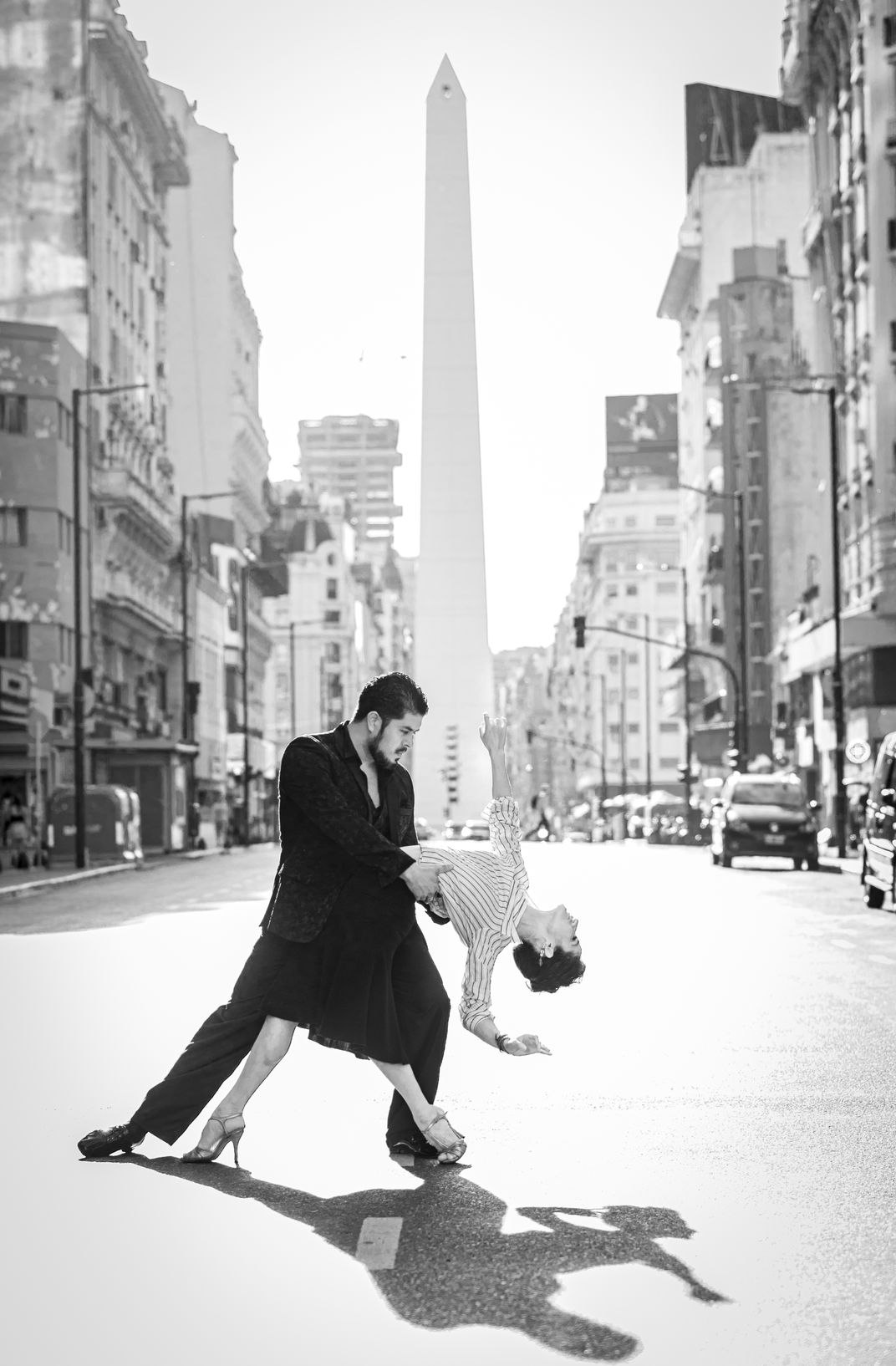 This image was taken in Buenos Aires, Argentina, and is part of the on-going series entitled "Tango Temperaments", which started in June 2016. (The series aims to embody the complex emotions and allure of tango, through one central dancer -Argentinian tango dancer Diana Cruz - and multiple locations around the world.) The Obelisk is an icon in Buenos Aires, visited by millions every year. Its unshakable standing accentuates the strength of the male dancer holding Diana, while underscoring, by its contrast, Diana's flexibility and grace.