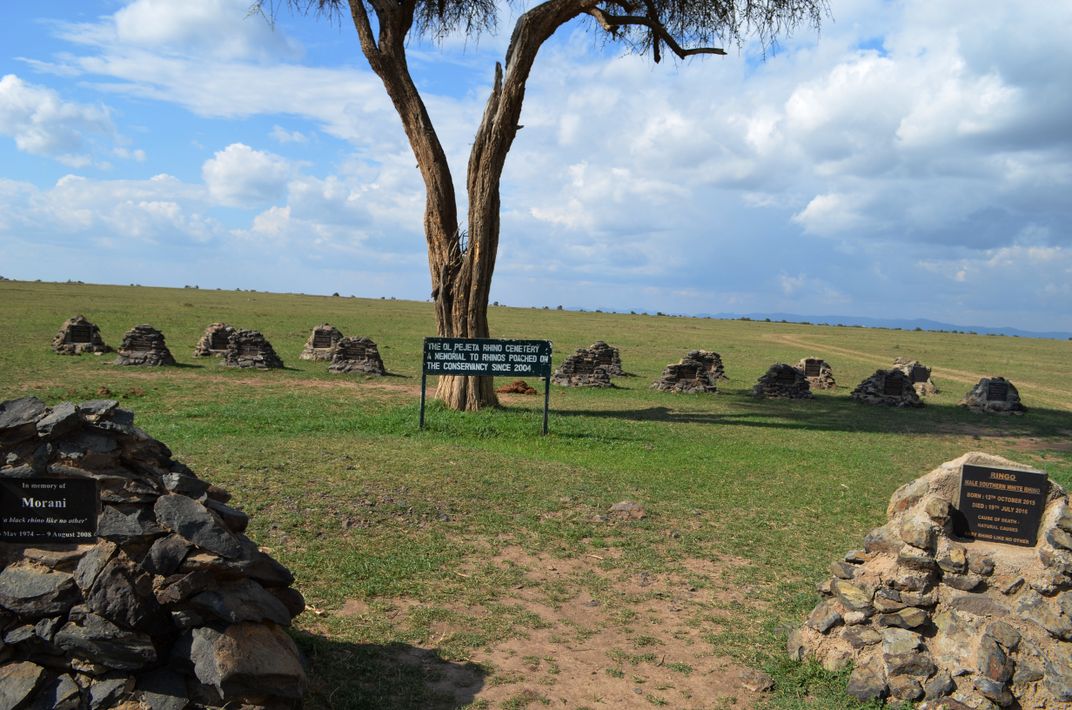 In February 2017, the Department for Environmental Affairs released poaching statistics for 2016, showing a 10.3% decline in rhino poaching as compared with the previous year. There’s no reason to celebrate: 1,054 rhinos killed in South Africa alone. Kenya was hit hard – its worst year for poaching was in 2013, when 59 animals were killed (more than 5% of the national population). Ol Pejeta in Kenya is home to three of the world's last remaining three northern white rhinos, and a sanctuary for 113 critically endangered black rhinos. The 22nd of September is World Rhino Day; a day to raise awareness on the plight of rhinos in Africa and Asia, and to reflect on success stories and lessons learned. There was no better day than this to open Ol Pejeta’s Rhino Cemetery, which was opened by the Deputy Director of the Kenya Wildlife Service on 22nd September 2014. The Cemetery is located in the east of the Conservancy, and honours the lives of all the Ol Pejeta rhinos that have been killed in the poaching epidemic.