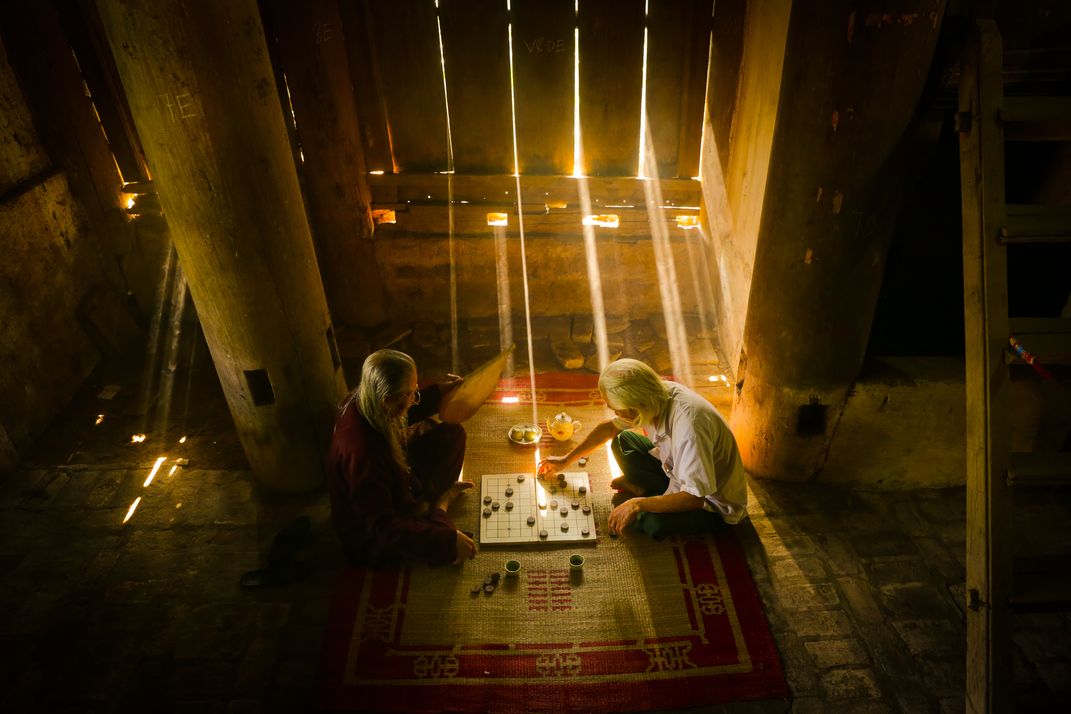 Like many other old people pass their time, these 80 years elderly friends love intellectual games like "Cờ Tướng". The game represents a battle between two armies, with the aim of capturing the enemy general. This game, also known as "Xiangqi", originated is Chaturanga, an ancient Indian strategy game around the 6th century. Chaturanga then traveled west, becoming chess and going east became "Cờ Tướng". This is one of the most popular games in Vietnam.