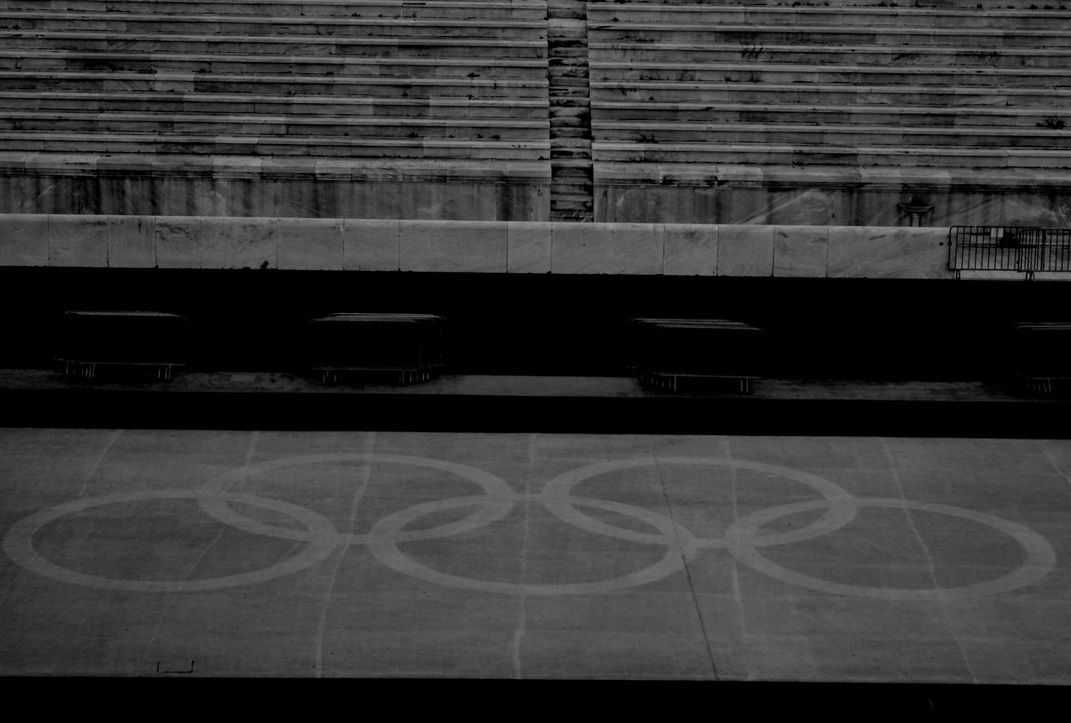 The primary symbol of the Olympic Games is composed of five interlocking rings, coloured blue, yellow, black, green, and red on a white field, known as the "Olympic rings." The symbol was originally designed in 1912 by Baron Pierre de Coubertin, co-founder of the modern Olympic Games. Today this symbol is situated at the start of the Panathenaic Stadium in Athens, Greece. The stadium hosted the first modern Olympic Games in 1896. Reconstructed from the remains of an ancient Greek stadium, the Panathenaic is the only stadium in the world built entirely of marble and is one of the oldest in the world.