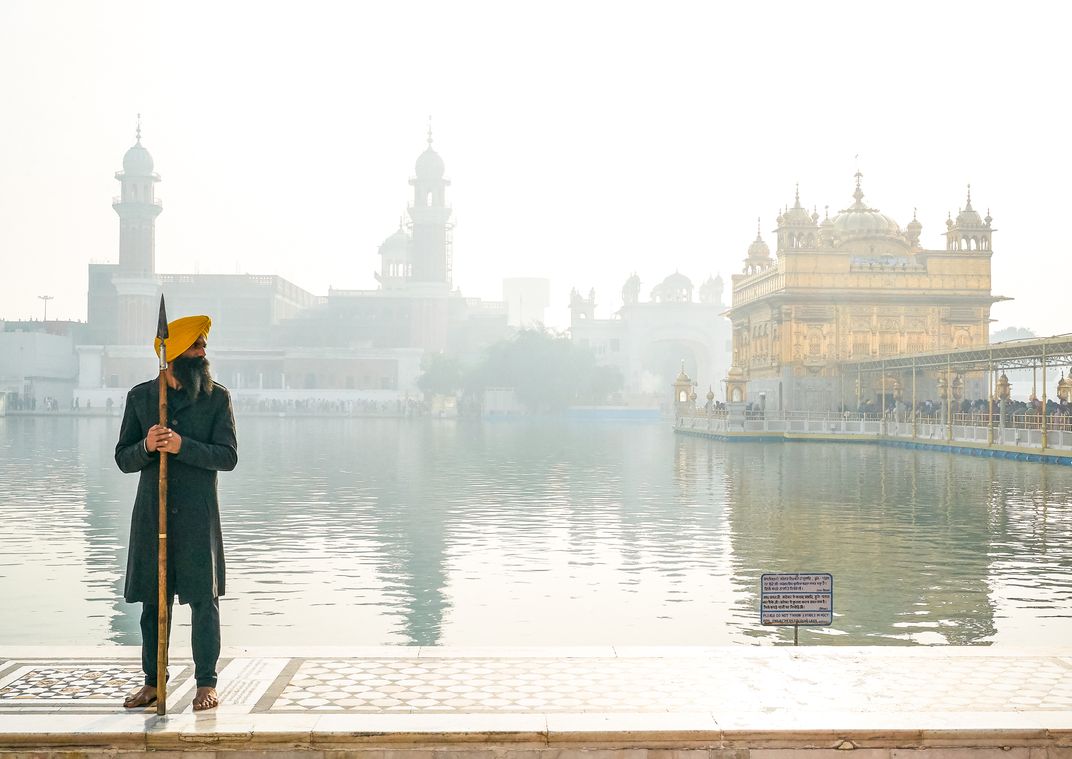 The Golden Temple, Sri Harimandir Sahib is not only a central religious place of the Sikhs, but also a symbol of human brotherhood and equality. Everybody, disregarding religion,sex or skin tone can seek spiritual solace and religious fulfilment without fear. I went there early in the morning, the barefooted Sikh guards with a spear and turban were fascinating for me, projecting courage and respect. No wonder, Sikhs are famed warriors and take such pride in serving in the Indian army.