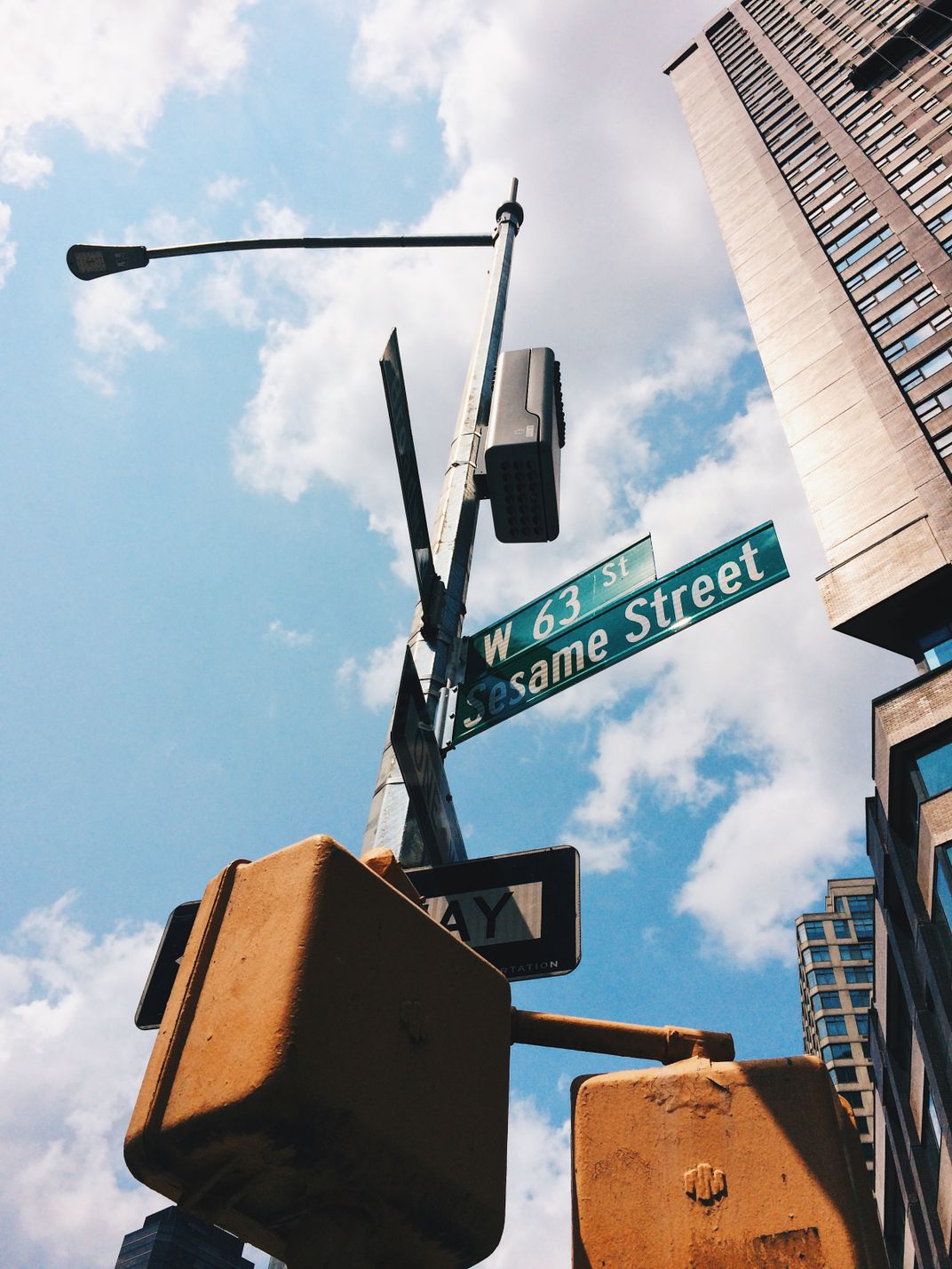 “Sunny days Sweeping the clouds away On my way to where the air is sweet Can you tell me how to get How to get to Sesame Street?” Take the 1 to 66th! As a Columbia alum it makes me so happy that Sesame Street is officially (revealed for its anniversary) now on the Upper West Side. But more importantly: I taught myself English as a baby by watching Sesame Street (although I was born in Chicago, my parents spoke to me in Cantonese, and I learned Toisanese by listening to my mom’s side of the family). For that I’ll always love Sesame Street, WTTW/PBS, and educational television in general. (Also, when under this sign a young man came up to me and asked, “What are you taking a photo of?” “Sesame Street!” And I had to repeat that several times while he looked everywhere until I went “Look up!” to which he went “Oh I don’t look up enough!” So funny how something I used to say back in college returned when I was back in NYC for my college reunion: Look up! Who cares if people think you’re a tourist or something? There’s nothing wrong with looking at your own city with wonder.)