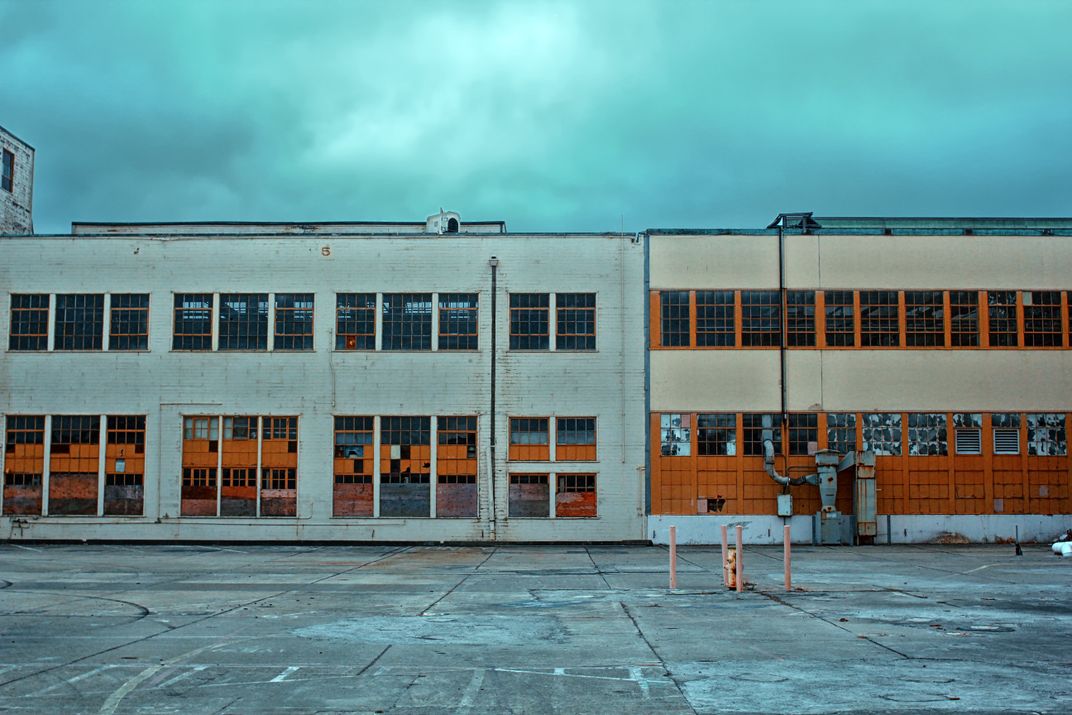 The former Alameda Naval Air Station (closed in 1997 under BRAC) is one of my favorite places to explore. The ruined and decaying buildings on the enormous plot of former Navy property present a feast of texture and color to the photographer. This inner courtyard is located right next to an enormous hangar that used to house airplanes and large vehicles. The building in the picture is part of the hangar complex. I took this shot on an overcast day, when there was barely a soul around. I used a DSLR with an old manual-focus 28mm film lens and shot from an eye level, in order to match the feel of the base's "era gone by" look and also give an idea of what it was like to stand there and look at this incredible piece of history rotting away.