Home The American Experience The Restive Reckoning of a Nation 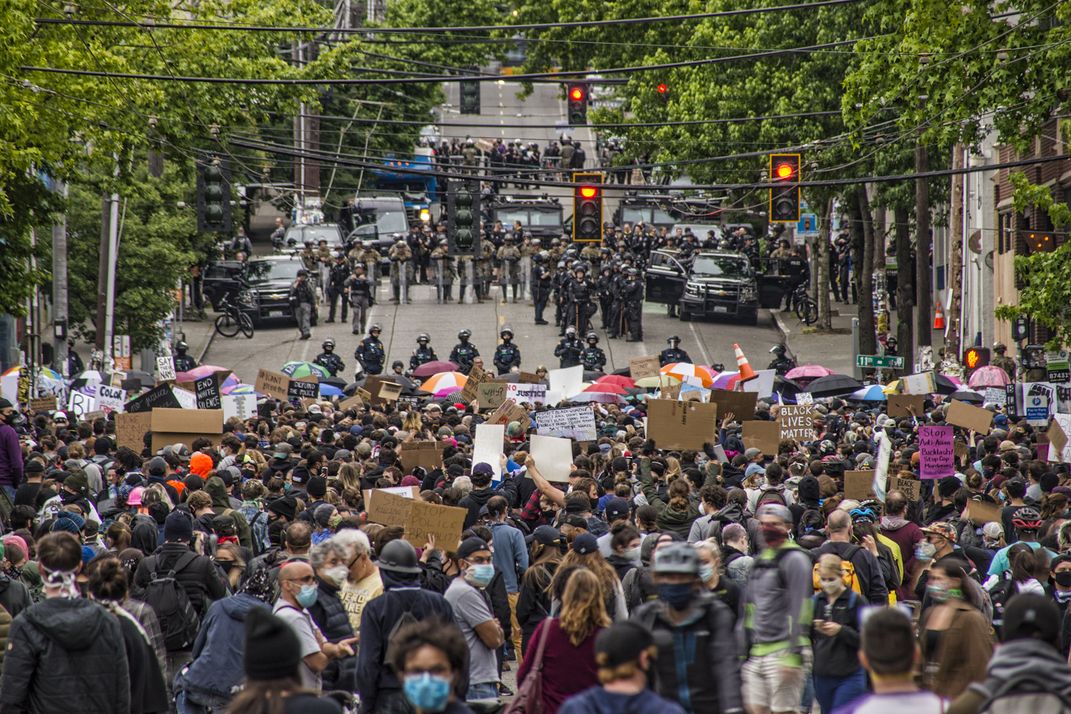 The egregious, obscene -- and all too commonplace -- death of an unarmed black man by a white police officer in the United States was recorded by a woman's cellphone in Minneapolis and viewed by millions. As a result, the heinous death of George Floyd has struck a collective nerve in America and around the world so severely, not even a pandemic without a vaccine has deterred people from publicly expressing their demand for accountability against police brutality and institutional racism. At the time this photo was captured, protests in America have continued for 12 consecutive days since the lynching. This image shows the confrontation between protesters and the police in the Capitol Hill neighborhood of Seattle.