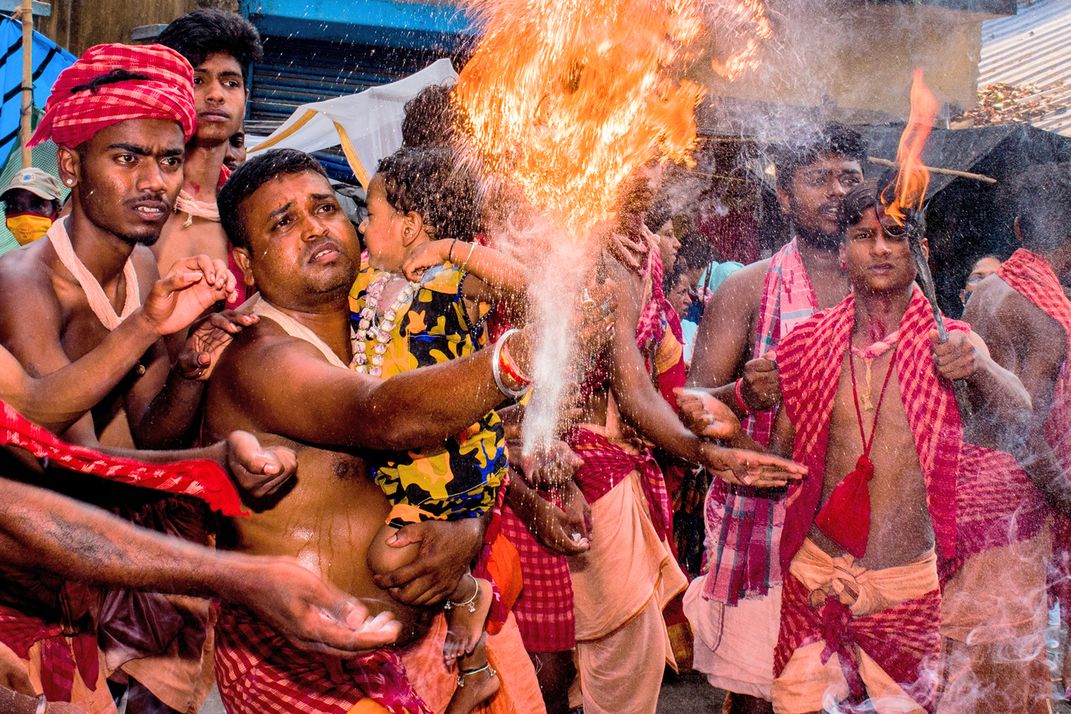 Bengal is known as a land of festivities, where religious ceremonies outnumber the months in the calendar. The festival Gajan is a Hindu festival celebrated mostly in the Indian state of West Bengal. Gajan is celebrated on the last day of the Bengali New Year. This is a pre-harvest season festival celebrated in order to please Lord Shiva. The complete history of the festival is not known. The central theme of this festival is deriving satisfaction through non-sexual pain, devotion, and sacrifice. As mentioned earlier, the basic reason for the festival is to worship the deities of the respective devotees for the hope of a better rainy season and a good harvest. Also, people believe that the festival will provide them prosperity eliminating any sorrow and suffering which they suffered in the past year. Fire is a prominent feature of Hindu rituals. In Kalighat, Kolkata, Gajan is celebrated with pomp and show, here sanyasis play with fire to satisfy their belief in the wellness of their Family. These are the traditions that only takes place in Bengal & nowhere else in the world.