Home Altered Images the road to the temple 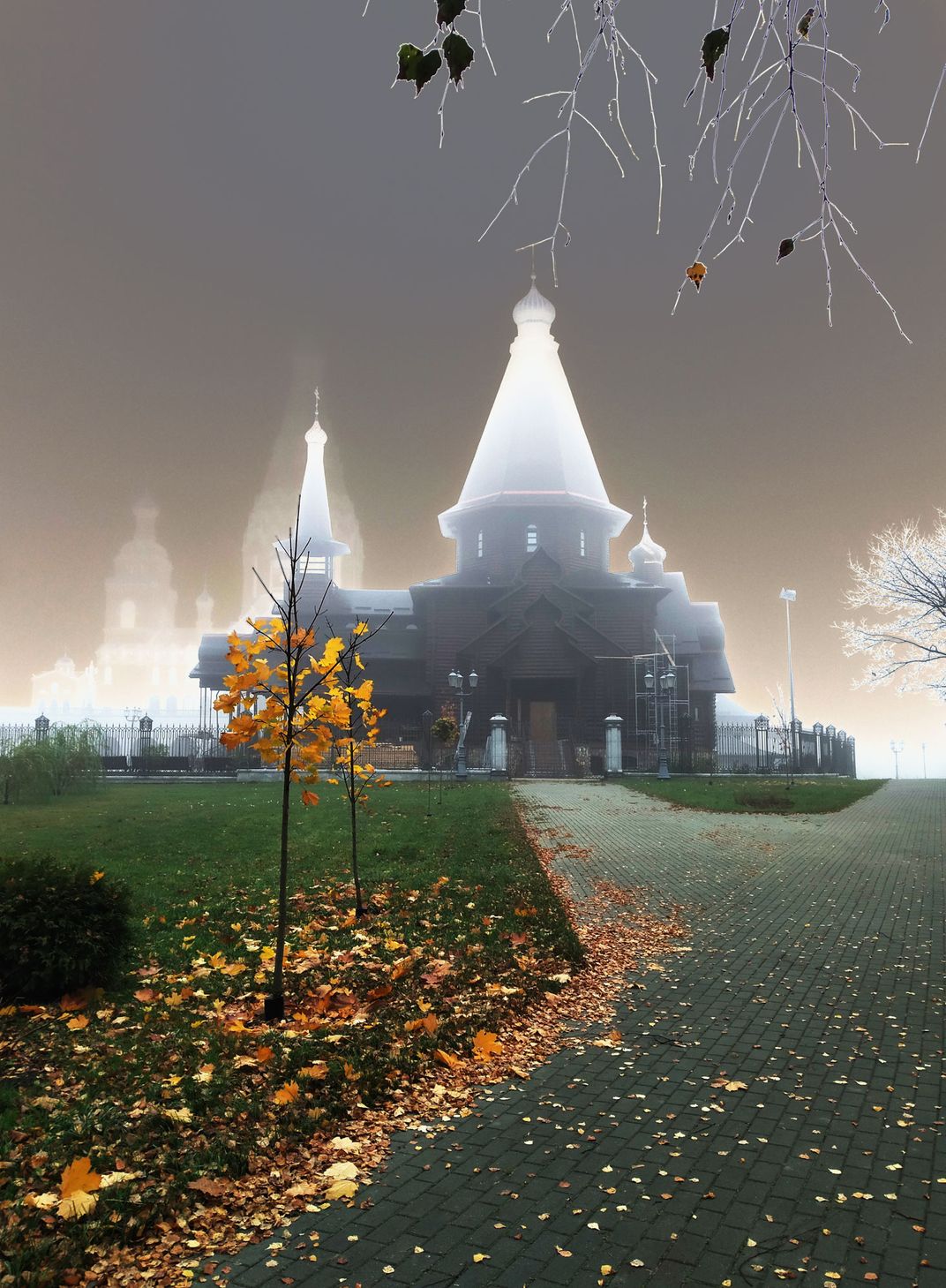 In the middle plan is a wooden church - the Church of the Holy Trinity, behind it is the stone All-Holy Church. The foundation stone of the church in honor of All Saints was laid by Patriarch Alexy II of Moscow and All Russia in 1991. This is one of the tallest and most spacious Orthodox churches in Belarus. The memorial temple was opened on July 2, 2010, on the eve of the Republic of Belarus Day. On this day, a solemn ceremony of burial of the remains of three unknown soldiers - soldiers of the Patriotic War of 1812, the First World War and the Great Patriotic War of 1941-1945 took place here. In 2013, a capsule with fragments of the shell of the Kursk nuclear submarine, which tragically sank in 2000, was laid in the crypt. 39 capsules with earth from the burial sites of Belarusian soldiers who died far from their homeland. In the crypt of the temple there are capsules with earth from Afghanistan, with earth and ashes from the Trostenets death camp, with earth from the grave of Maxim Bogdanovich in Yalta, etc. Trinity Church was built by only 6 people, and their main tool was an axe: it is believed that a sawn tree is poorly resistant to moisture and quickly rotts, so pine logs were not sawed, but chopped with an axe. The spiritual center of the temple is considered to be a unique five-tiered iconostasis. It's like he's telling a sacred story.