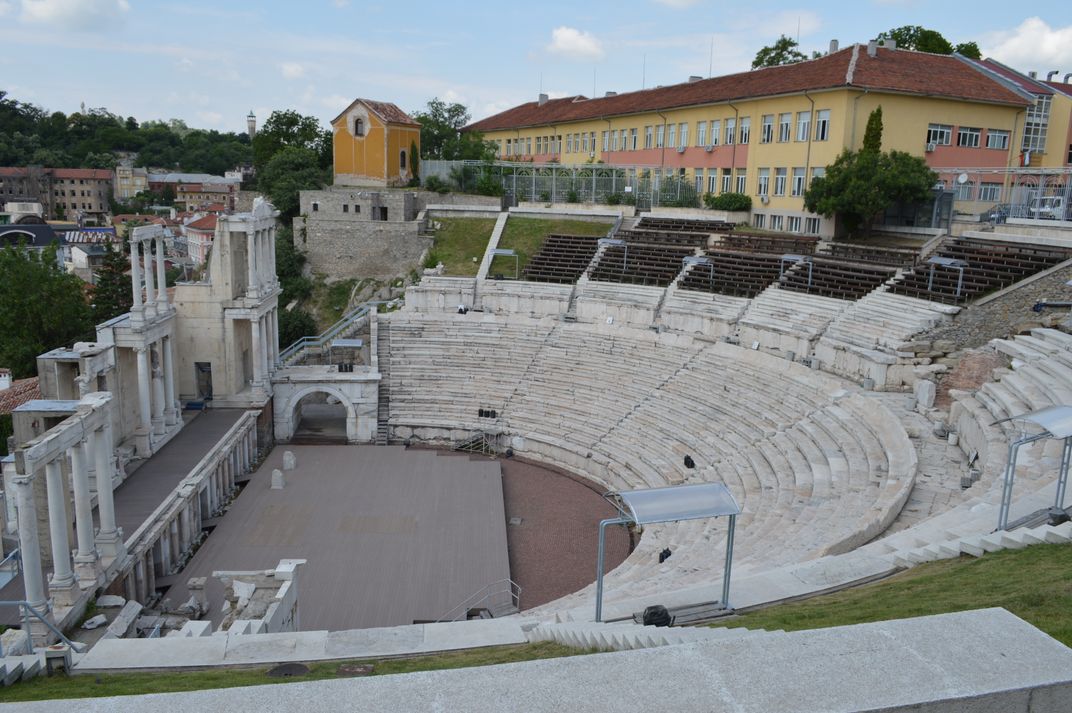 This image is showing a very well preserved and one of the oldest theaters in the world. This is a view of The Roman theater of Plovdiv in Bulgaria. The story behind this artistic image is as follows: The theater can host between 5000 and 7000 spectators and it is currently in use and that image me so much to take this shot. It is one of the world's best-preserved ancient theaters, located in the city center of Plovdiv, Bulgaria. It was constructed in the 90s of the 1st century AD, probably under the ruler ship of Emperor Domitian.