Home Travel The Shine of Unity of Brugge, Belgium, Europe 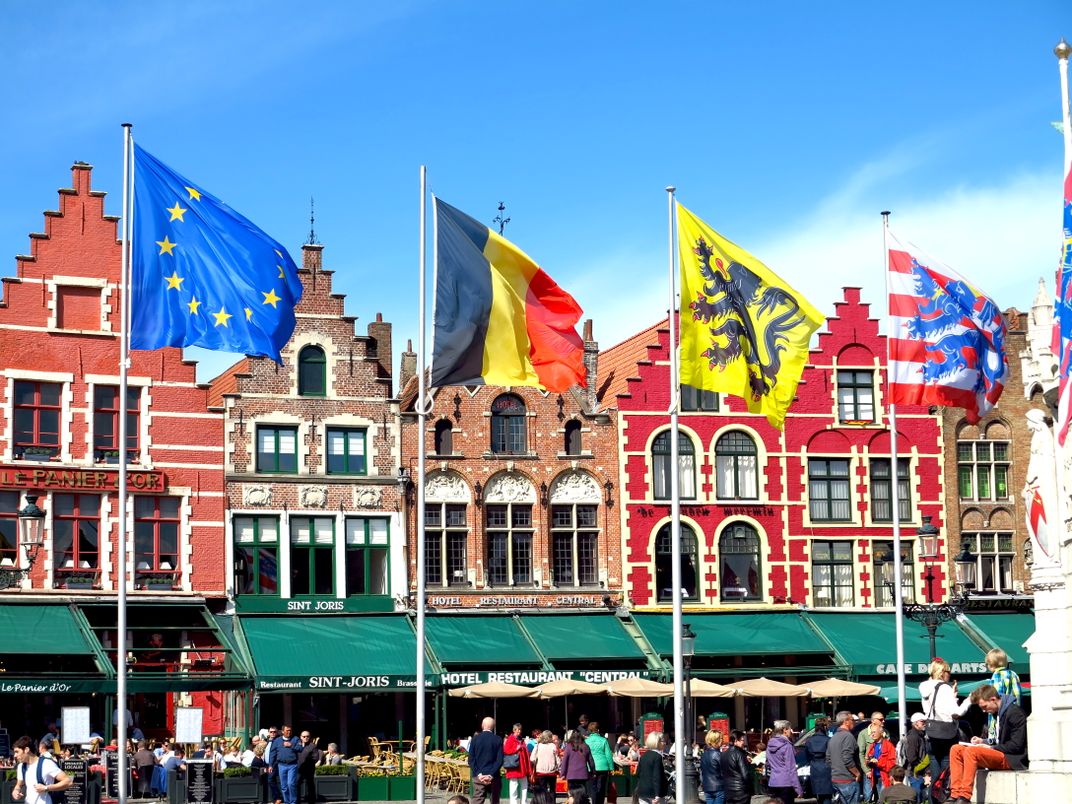 In this photo I am focussing on the flags that are waving in the air. Why am i interested to it? it is because I just think how beautiful those flags are. But behind that I just want to point out that in between those flags there are a European Union's flag (Left) which means that Belgium is a part of the European Union's states, Belgium flag (second from the left), The Flemish flag (third from the left) this is representing the population of the people in Brugge who are mostly flemish people and they have their own Flemish language and culture, and the last one is the Brugge Flag. These flags represents peacefulness to me.