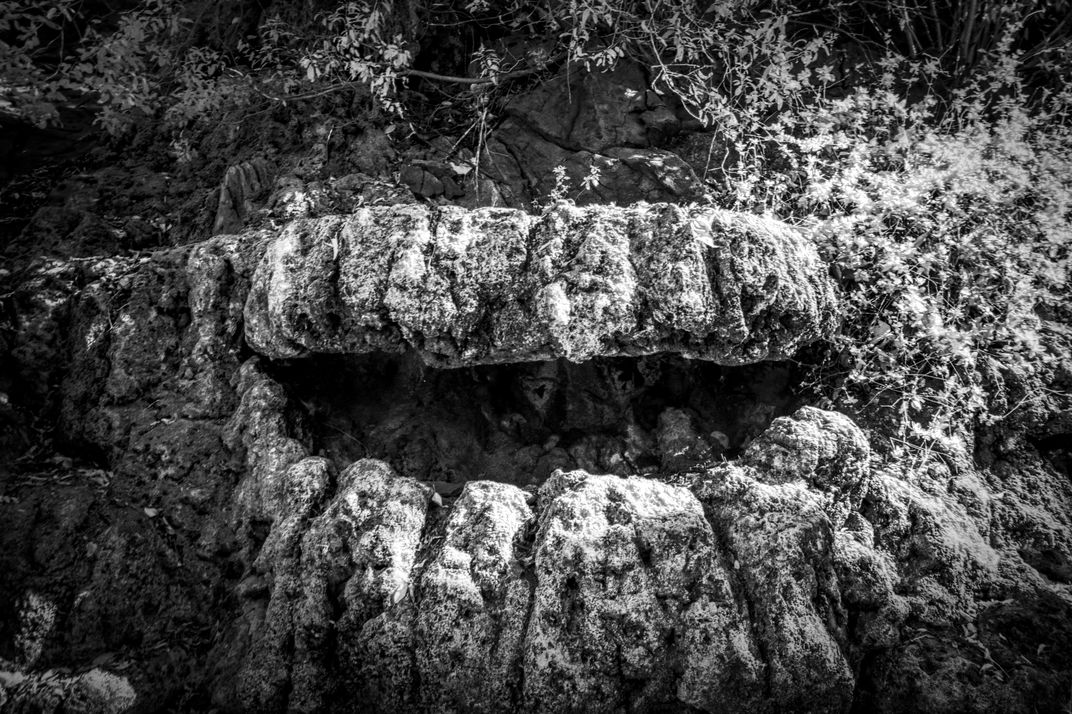 This photo shows an indiscernible fragment of the Fred Roberts' Ranch in the Santa Monica Mountains. Commissioned by Mr. Roberts and his wife in 1952, the ranch was designed by Paul Williams, the first African-American architect west of the Mississippi. Unfortunately, the property was gutted by a wild fire in 1982. As I walked through the strange and isolated remains, I was caught off guard by a odd formation in one its standing walls. There appeared to be a face made of rock, smiling at me from under large masses of dried shrubs. Despite the haunting loneliness the ranch provoked, the face in the wall seemed to reassure me that all was well, and that no restless spirits lingered here.