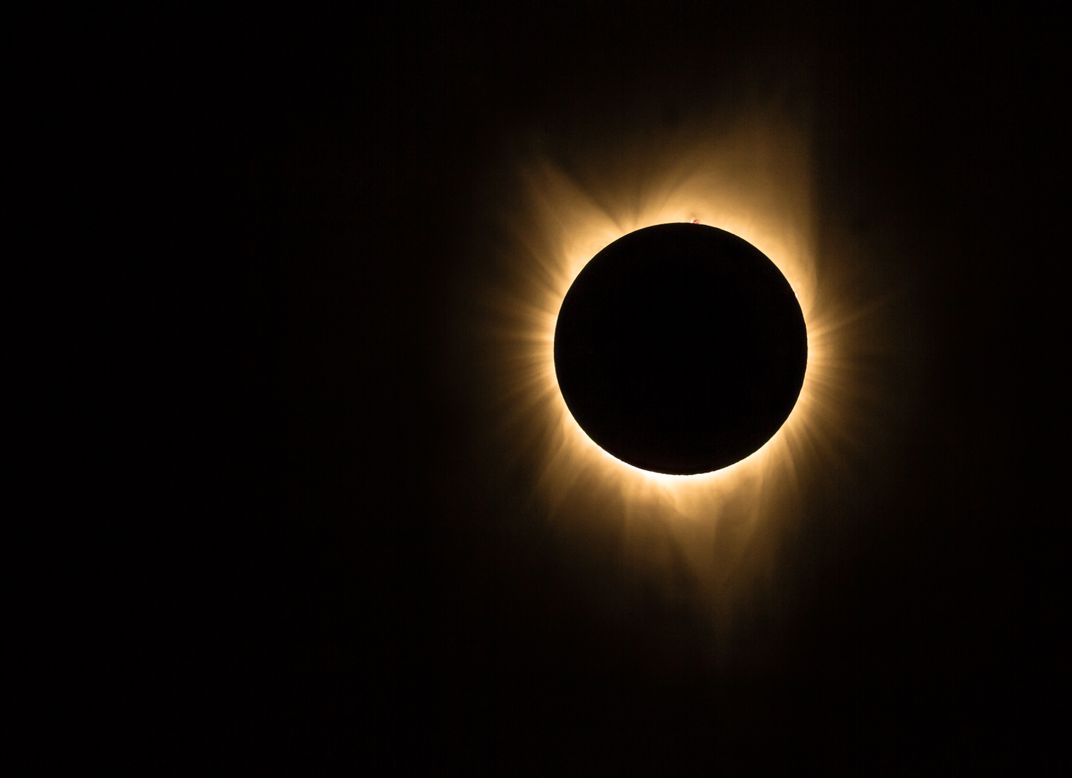 I've always been fascinated by solar eclipses. Once I learned of the solar eclipse that would soon be visible from our region, I got busy right away and planned a road trip to Madras, Oregon. It was a six hour drive, but I can tell you, I would have driven a whole lot further. I stayed at a campsite called Solartown and I have to say, I've never heard so many strangers say "Good Morning" to each other than I did here, at this event. People came from all over the world. The day had finally arrived. The temperature dropped, it got dark and the roar of the crowd came in a large wave. Totality. It was the most spectacular sight I've ever seen. I was shaking and wanted to cry at the same time.