Home Travel The Tokyo Tower reflected in a puddle. 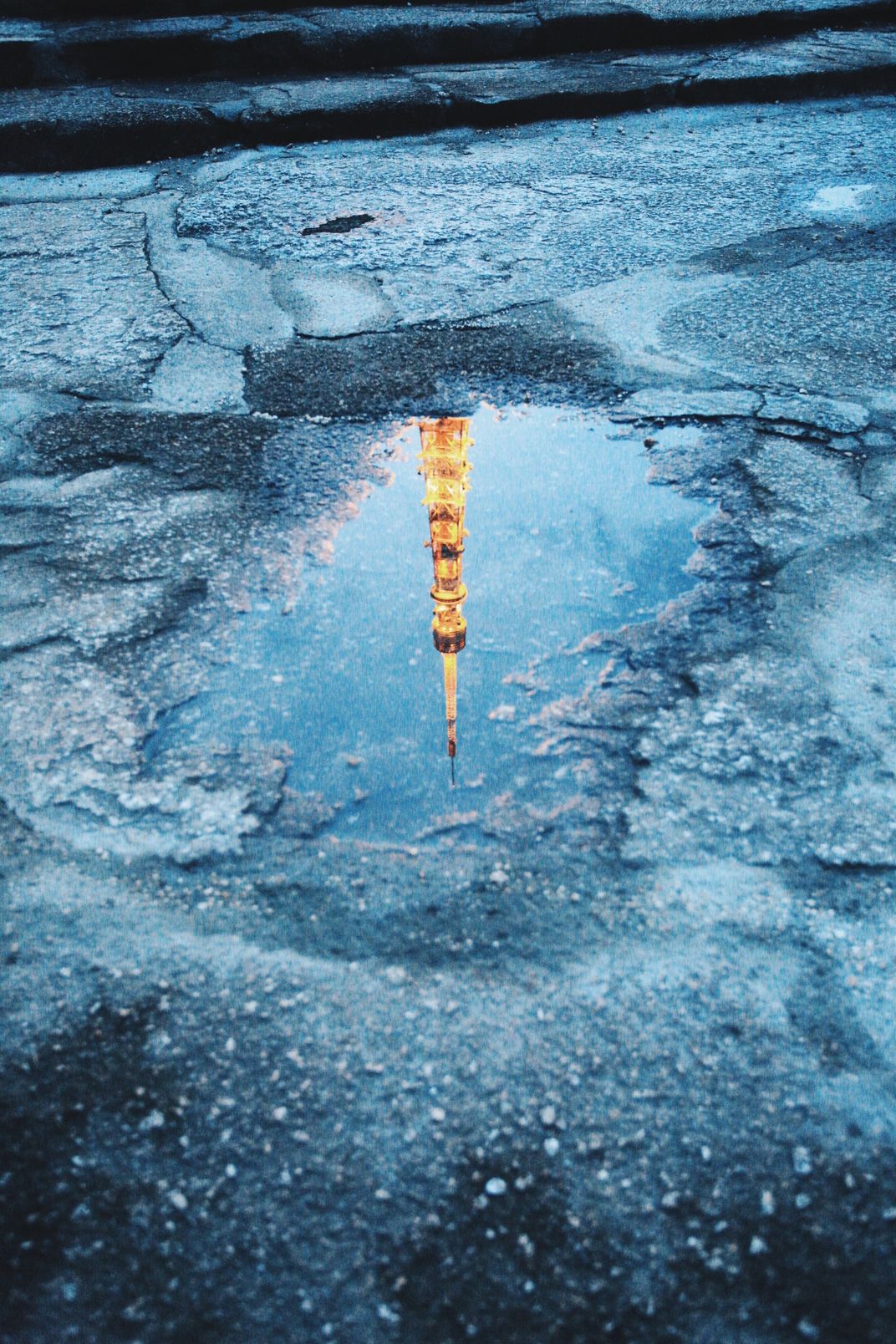 The Tokyo Tower was built to be a TV broadcasting antenna. Additionally, it's used for collecting weather and air pollution data. It's one of the best-known towers in the world. The reflection of it in the puddle after a rainstorm creates a captivating portrayal of the structure. Considering when you first see the beautiful tower aglow and in the night, it is mesmerizing. Since it is a famous tourist attraction and an important structure of Tokyo overall, the focus and sharpness of it in the reflection draws you in just as it does upon first seeing it in person.