Home Travel The Triangle of Life 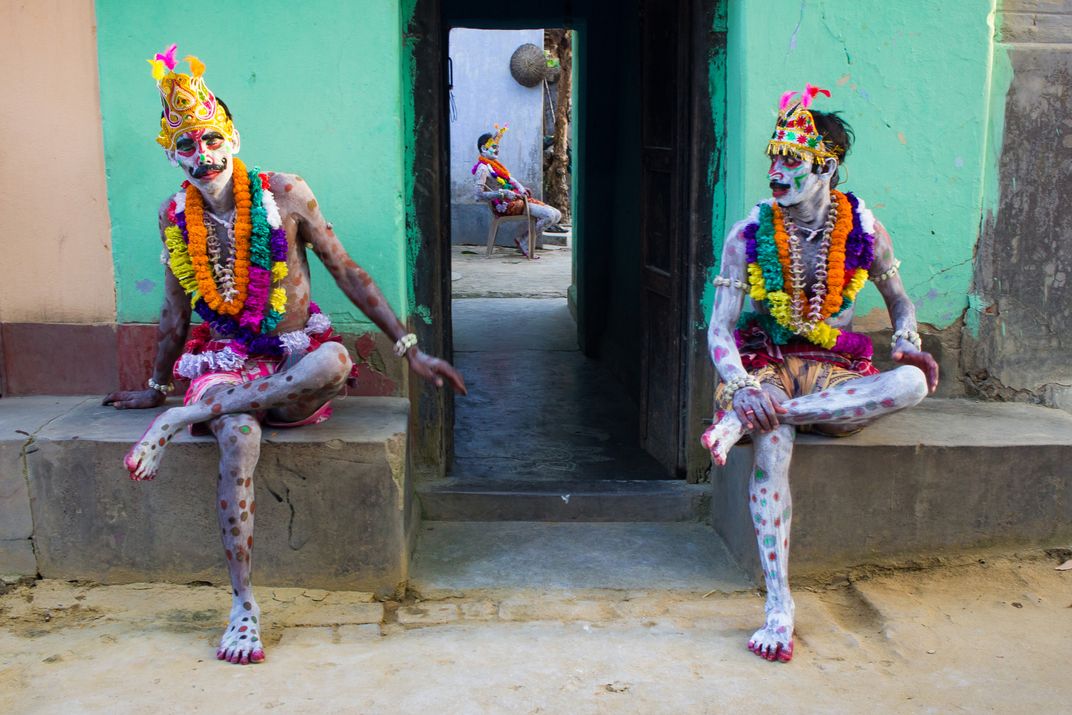 Shiva Gajan is a unique Hindu folk festival mainly observed in different parts of West Bengal, India. It is believed that on this day Lord Shiva tied the knot with Goddess Harakali. Hindus celebrate this festival on the last week of the Bengali month ‘Chaitra’ (tentatively 2nd week of April), just before the Bengali New Year (usually falls on 15th April). The root of this festival is tied with the agricultural community who pray for rain and quality crops. Dance with human skulls, body paintings, fire plays are some rituals observed mostly at this time. The triangle of these three colourful men attracted me as well as the pattern and I pressed the shutter