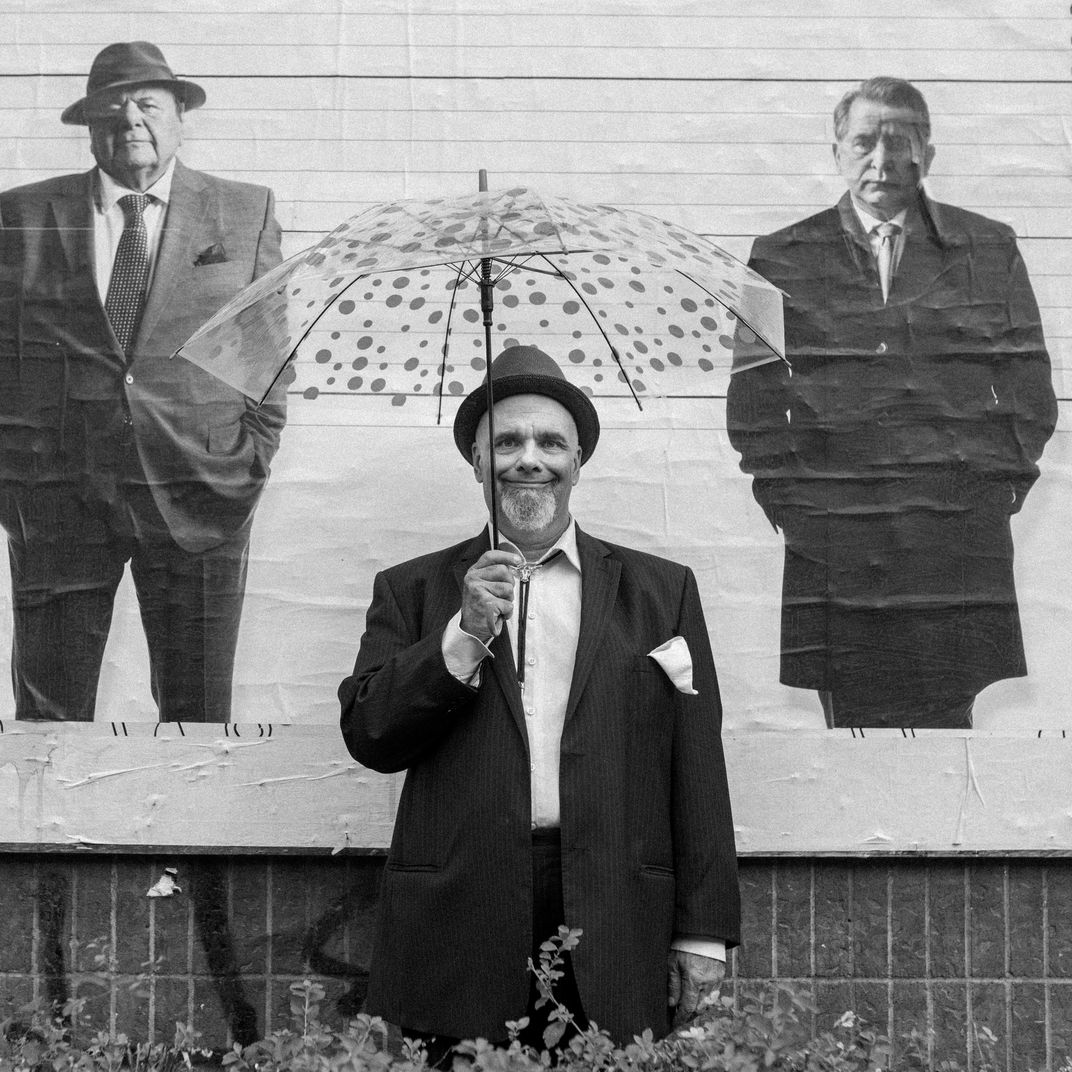 I was hired to photograph the subject for his band's album cover. We were walking through Kensington Market in Toronto looking for good photo spots, when I saw this ad for a TV show. There was a space between the two gangsters for Ted to stand in; I couldn't believe how perfect this opportunity was. I told Ted to stand between the two men and he assumed a goofy smile, umbrella open. Ted's very good at clownish poses. As we took the photo, people walking by laughed and told us how great it was.