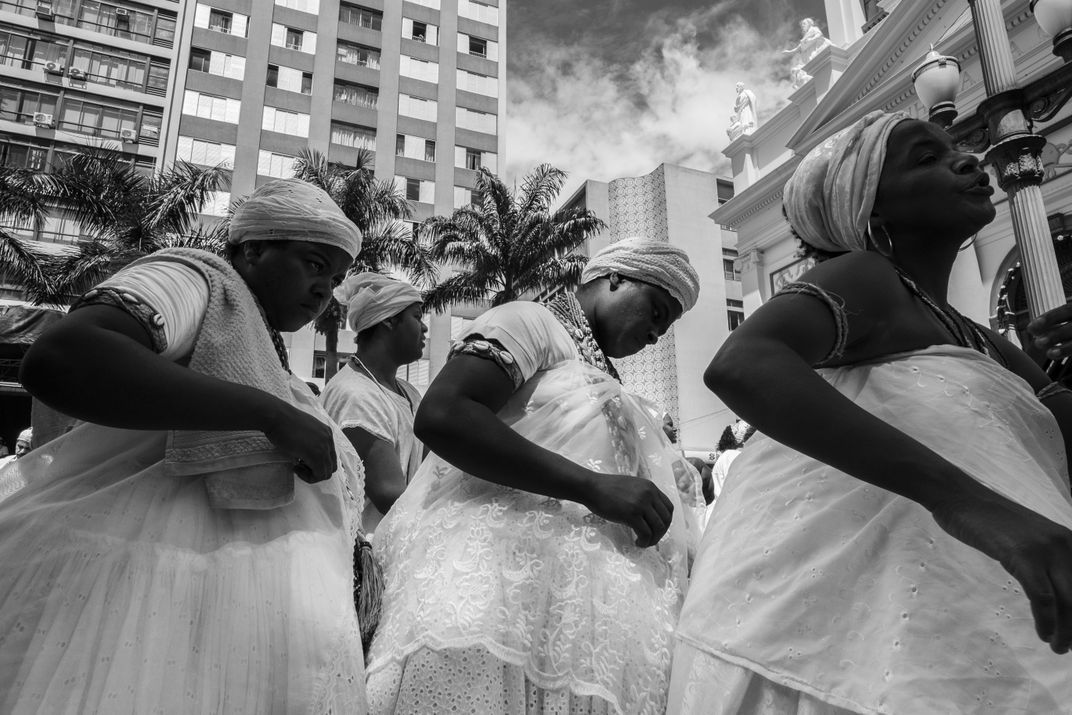 Campinas center day 26/03/2016 The Washing of Stairs of the Metropolitan Cathedral of Campinas, takes place every year since 1985, on Holy Saturday and it is a mixture of faith, religion, tradition, culture and celebrates the resistance of black people that came from all over the African territory, with their rich cultural and religious legacy. Registering the history of this beautiful cultural and religious movement organized in the context of the Culture of Peace and Axé. It is a tradition of Candomblé communities throughout Brazil. The ritual is done with lavender essence, flowers and water. The goal is to share with the public the positive energy of the elements of nature. The followers believe in the importance of these elements in the therapeutic and energetic treatment. Lavender essence is linked to the feminine energies of Candomblé. Diversity of faith and color. The procession with the communities that came from Piracicaba, Mongaguá, Monte Mor, Paulinia, São Paulo, Hortolândia and several cities in the state left the Culture Station and walked the length of the 13 May street to the Cathedral, where it arrived around 11:30 am, in the rhythm of the drums. The first words were of greetings and reverences to Our Lady Conceição. Then, communities danced and sang afros songs. In the end, the fragrant lavender water washed the steps of the Cathedral and holy mothers and fathers handed out white carnations and sprinkled scented water over the population. Among all, on the left side of the photograph two young women, were participating for the first time of the washing of the stairs, who showed much respect to Holy Mother that led them from the beginning to the end. I followed photographing these two girls from the start to the final blessing. This photo pictured the moment when the two young women danced and sang the afros songs. It is important to emphasize that out of the state of Bahia, Campinas was the first city to celebrate this ritual in Brazil, making public the existence of the cult of Nkisis Tradition in this region, and yet, the event is part of the cultural official calendar of Campinas, and a proposed bill was approved in 1997.