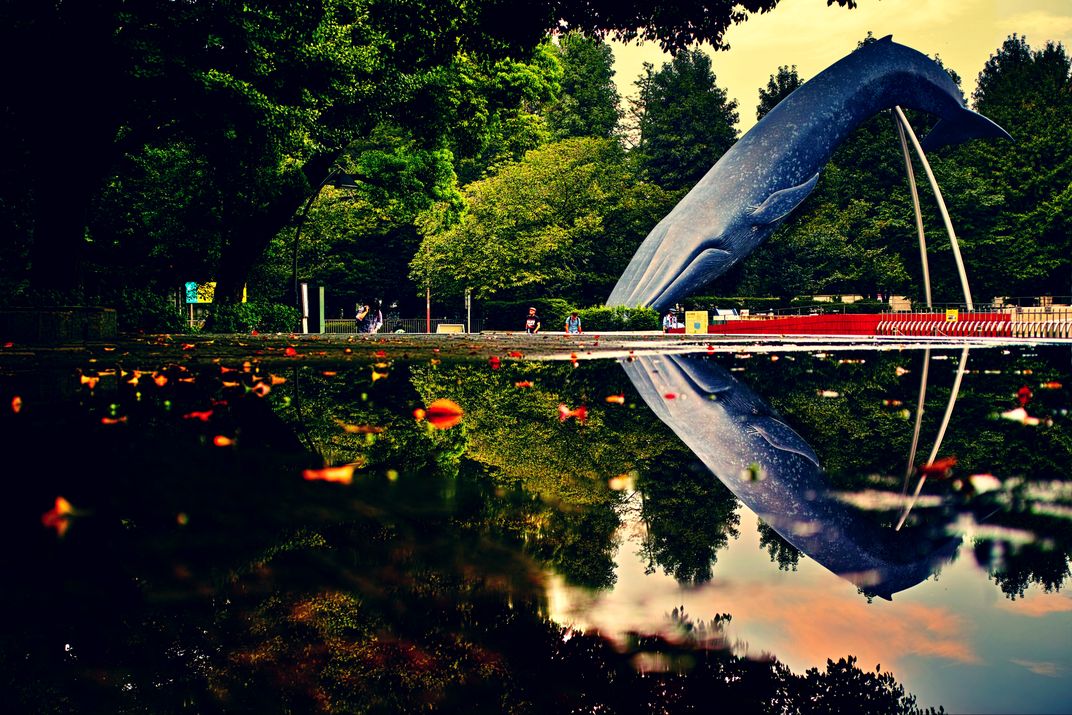 In that September, there were a lot of downpours in Tokyo. One day, just after another heavy rain, I went to a park to get fresh air. There is one museum where I used to go frequently when I was small. It has a life-size model of a blue whale as its landmark. I was always amazed by that whale, it made an impression on my child heart as a creature from a fantasy world. When I passed by that museum after the rain, I found that there was a large puddle in front of the museum, and it seemed the whale was diving into the puddle. With my childhood memory's coming back, I felt that I was in a tale.