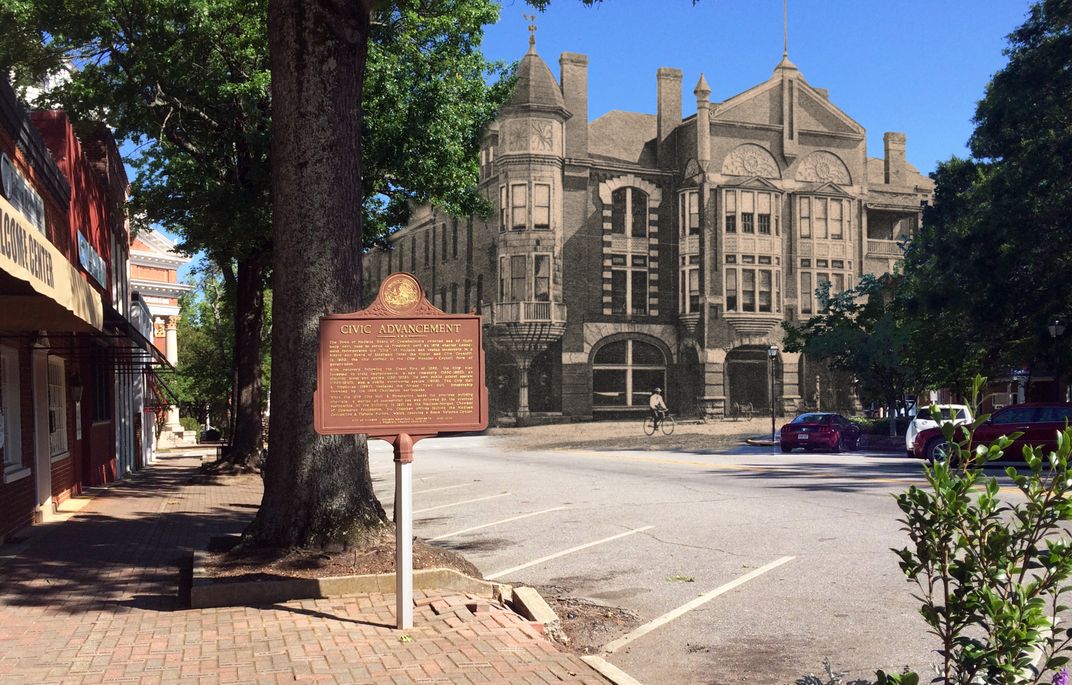 This grand hotel was "the largest and leading hotel on the Georgia (rail)road," built in 1892 as the Turnell-Butler Hotel. Later its name was changed to the New Morgan Hotel. In the wee hours one night in November 1930, it burned to the ground, taking with it the town's library which had been established in the hotel for several years. Located in downtown Madison, the building took up nearly an entire block. Many folks had apartments there, and two merchants set up shops in the first floor. The third floor had a ballroom. Thanks ever to Madison's Stratton Hicky who gave me the high res digital "Then" photo of the hotel! I took the "Now" in May 2017 in front of Madison's Welcome Center on Jefferson and Main.