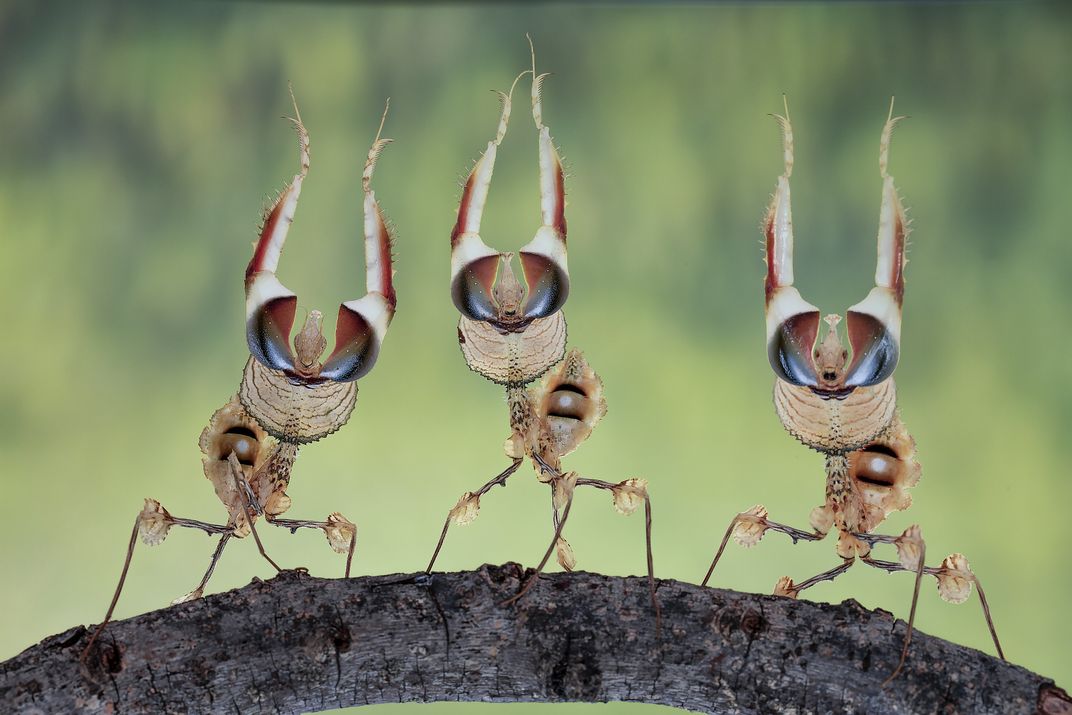 Idolomantis is a genus of praying mantises in the family Empusidae and commonly known as the giant devil's flower mantis. Giant devil’s is one of the largest species of praying mantises which mimics flower has been recorded. When confronted by a predator, giant devil’s will initiate a deimatic display in an attempt to scare off or momentarily distract a predator with its front legs, specifically the femora, are raised to expose the conspicuous patterns depicted on the bottom of the thorax and abdomen. This is an extremely rare moment to observe three giant devil’s perform the same deimatic display against the same predator on a tree branch.