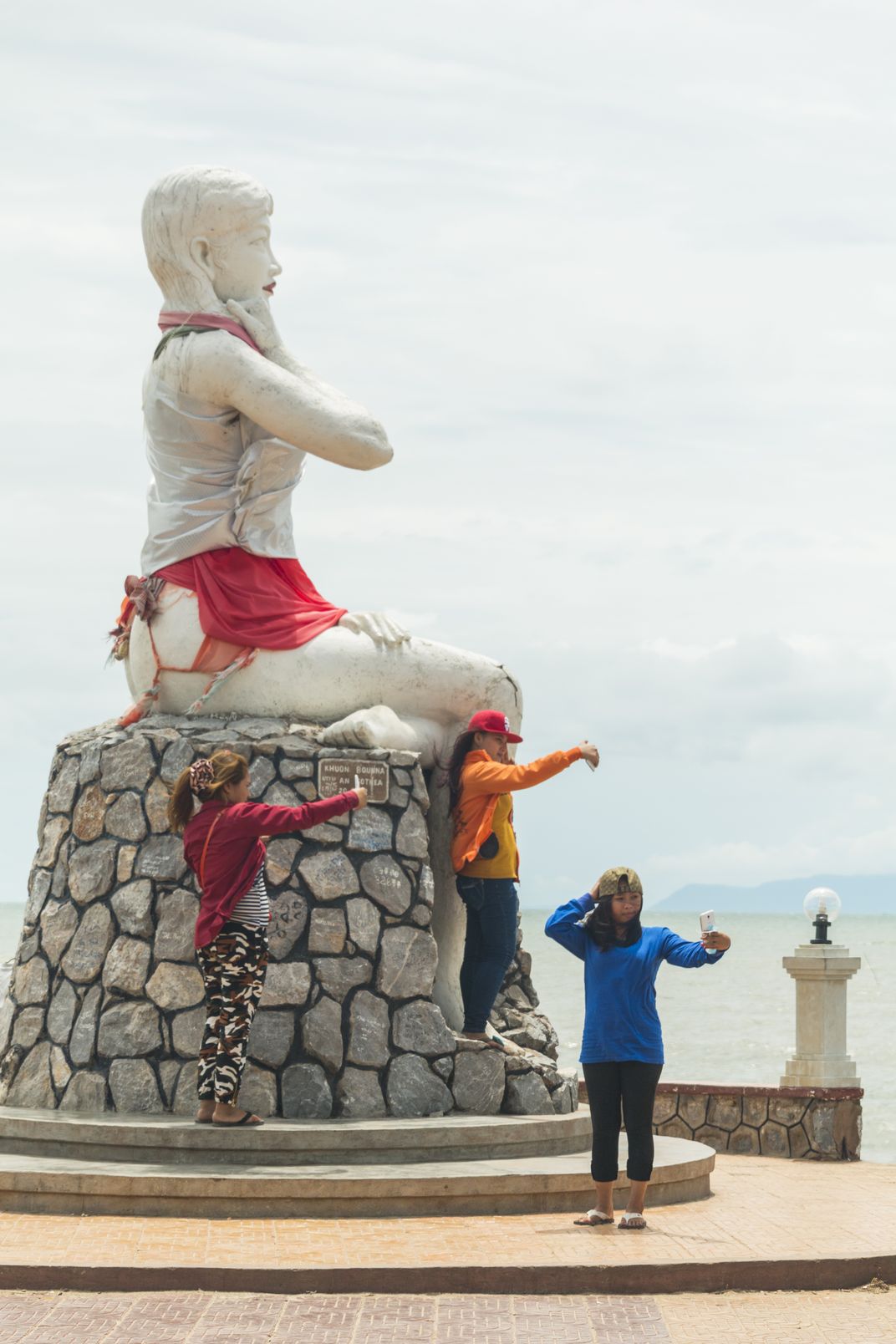 A statue of a young woman established at the seashore in Kep has its significant story. As I was told that this statute has been well known countrywide, as well as seen controversial, since she poses herself completely naked, which is very untypical for the local Cambodian art. As seen in the picture, people covered parts of her body which are considered as shameful by pieces of cloth. Nevertheless, three young Cambodian ladies seem to admire the beauty of the stature and altogether taking selfies with it.