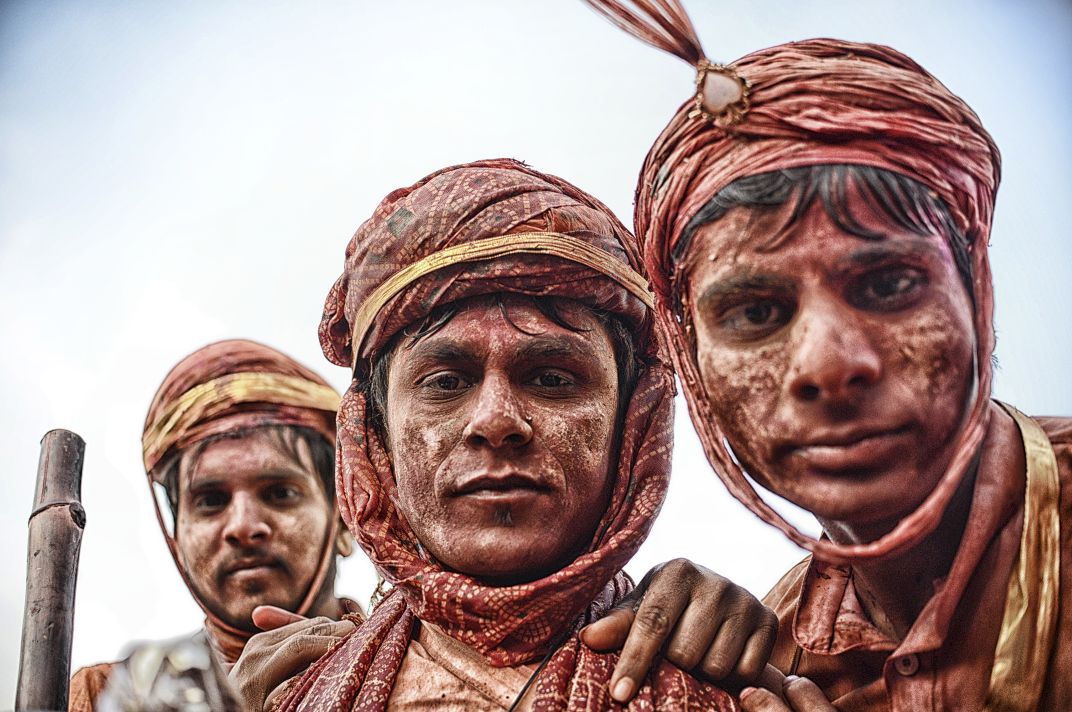 Each year, with the arrival of spring, India celebrates the Holi Festival. A party full of colors and water with a religious background. One of the traditions take place in the region of Uttar Pradesh where indian woman from the village of Barsana beat villagers from Nandgaon, the hometown of Krishna, with wooden sticks in response to their teasing as they depart the town during Holi festival. These three boys are waiting to be hit by women from other village.