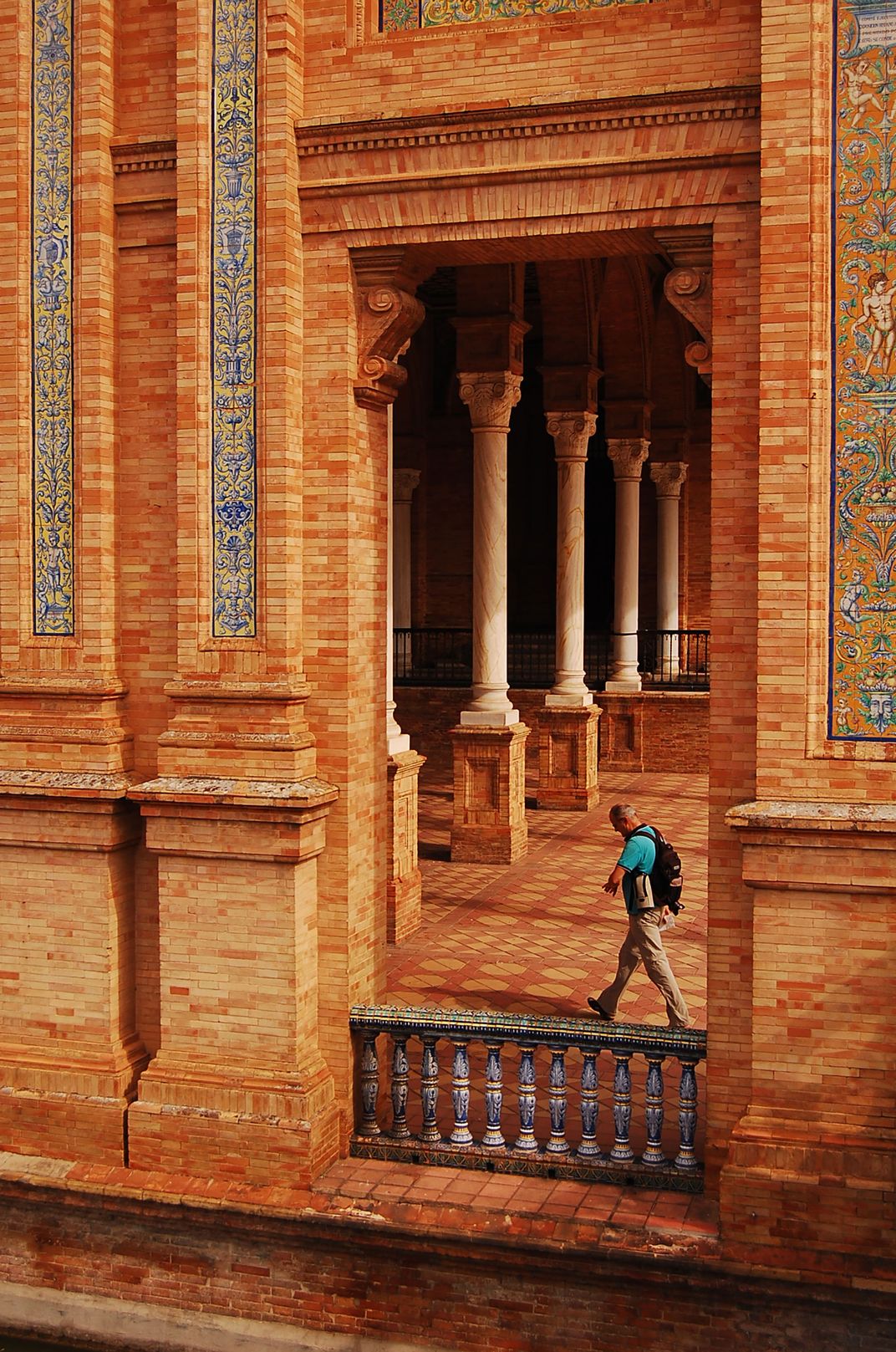 As part of my trip to Andalusia, I stopped in Sevillia for a few days to visit the city. I took this photo in Plaza de Espana back in October 2016. I was admiring the square and thinking how beautiful it is, when I spotted a man. That is when I put the camera to my eye and took the shot, just in time to capture the stranger passing by. The photo I captured left me with a series of questions. Who is the man in the picture? Where is he from? Where is he going to? Why was he looking at his watch? His anonymity left me thinking... Aren't we all travellers through time?