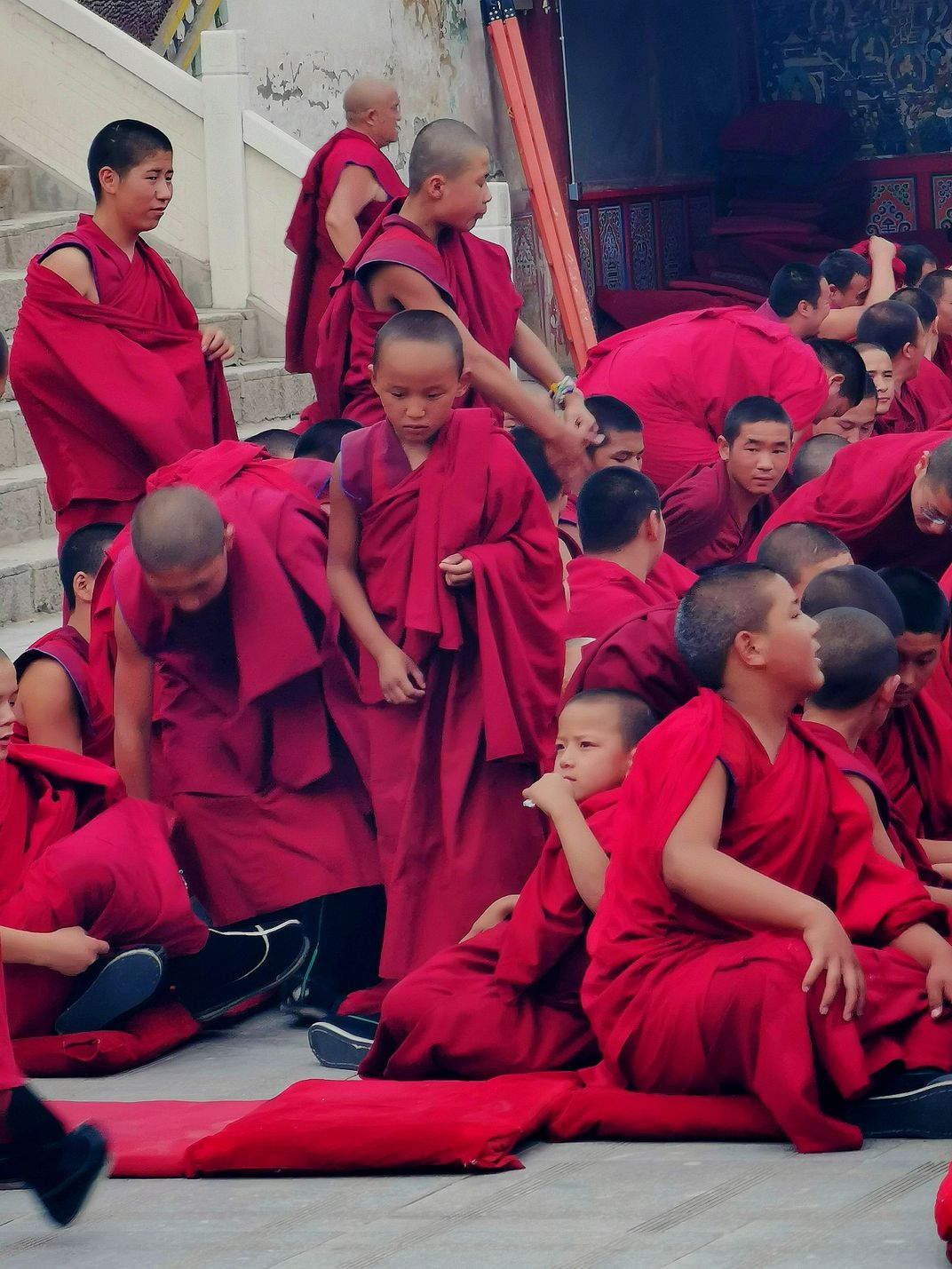 The Rongwo Monastery, established in 1312 in the Amdo Region of the Tibetan Plateau in China. Not much has changed over the centuries; monks have gathered for centuries for evening debates and reviewing the days' lessons. This photo could have been taken at any point in time over the past several centuries. The monks' sleeveless upper garment was created in the time of Tsong Khapa in the 14th century. Made of burgundy woolen cloth, its protruding shoulders represent the fearlessness of one engaged on the path of enlightenment. The style of dress has not changed. The photo was taken at the Monastery in the late afternoon. The monks were adjourning after the debate. In the middle of the frame, the boy caught my attention. The way he moved effortlessly through the crowd that surrounded him. He had a sense of tranquility, a lightness about him to was distinct from everyone around him. He seemed part of the crowd and yet got the feeling he was alone in a sea of his fellow brethren. I got a few photos of the monk in the center of this photo. Each time he was looking out as if he were seeing something far away that no one else could see. He was not here with us but in a faraway place somewhere in his mind.