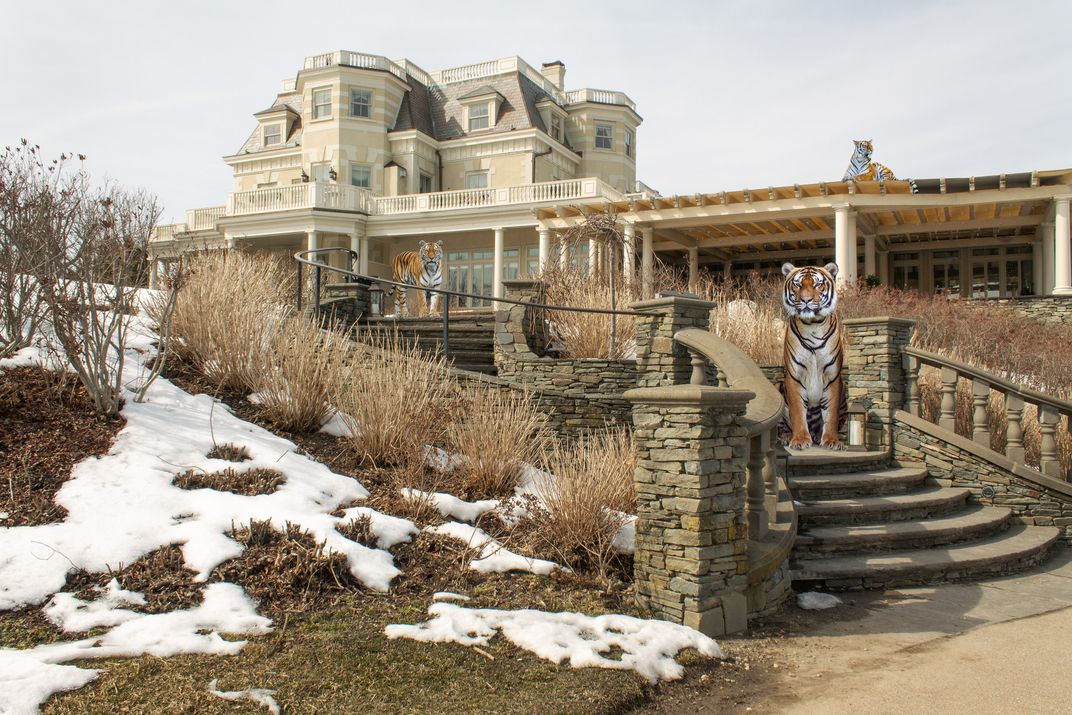 Human innovation sparked the industrial revolution that simultaneously "began warming the oceans with greenhouse gases in the early 1800s" (1). What seems unrealistic or even surreal today may become future generation's reality, just as today’s technology was a fantasy for our ancestors. As homo sapiens continue to "plunder the Earth for its materials, climate change increases" (2) and directed evolution replaces natural evolution as it "mimics natural selection through lab-based molecular engineering" (3). Nature and man collide, leaving the wealthy and powerful to control nature’s properties such as size, environment, and temperament. Through popular demand, generous donations and lab-based corporate funding, "genetic modification accounts for half of animal procedures every year" (4). This body of work is my prediction of an outcome of these rapid changes coming into play. Pushing to meet ever-growing expectations of bigger and better, I propose that we will begin to bring the wild and exotic closer to our proximity in exchange for the already domestic species man has controlled throughout history. With the effects of global warming and economic inflation, how will nature run its course with the forces of man overpowering it? If they aren’t being acquired as trophies, where will Earth’s inhabitants find themselves and how will they adapt to the ecosystems of the future? To create these images, I combined my own photography with stock imagery of wildlife. Using various types of landscape photos, I imagined the scene as it may play out in the future; compositing each layer together in Photoshop. Sources: [1] Pidcock, Roz. “Scientists Clarify Starting Point for Human-Caused Climate Change.” Carbon Brief, Carbon Brief, 24 Aug. 2016, 6:00PM, www.carbonbrief.org/scientists-clarify-starting-point-for-human-caused-climate-change. [2] Kirby, Alex. “Rise in Plunder of Earth's Natural Resources.” Climate News Network, 23 July 2016, climatenewsnetwork.net/rise-in-plunder-of-earths-natural-resources/. [3] Taylor, Jared. “Directed Evolution.” Directed Evolution, chemgroups.ucdavis.edu/~toney/DirectedEvolution.html. [4] “Breeding of Genetically Altered Animals Understanding Animal Research.” Understanding Animal Research, Understanding Animal Research, 8 May 2018, 14:14,www.understandinganimalresearch.org.uk/animals/areas-research/breeding-and-gm-mice/.