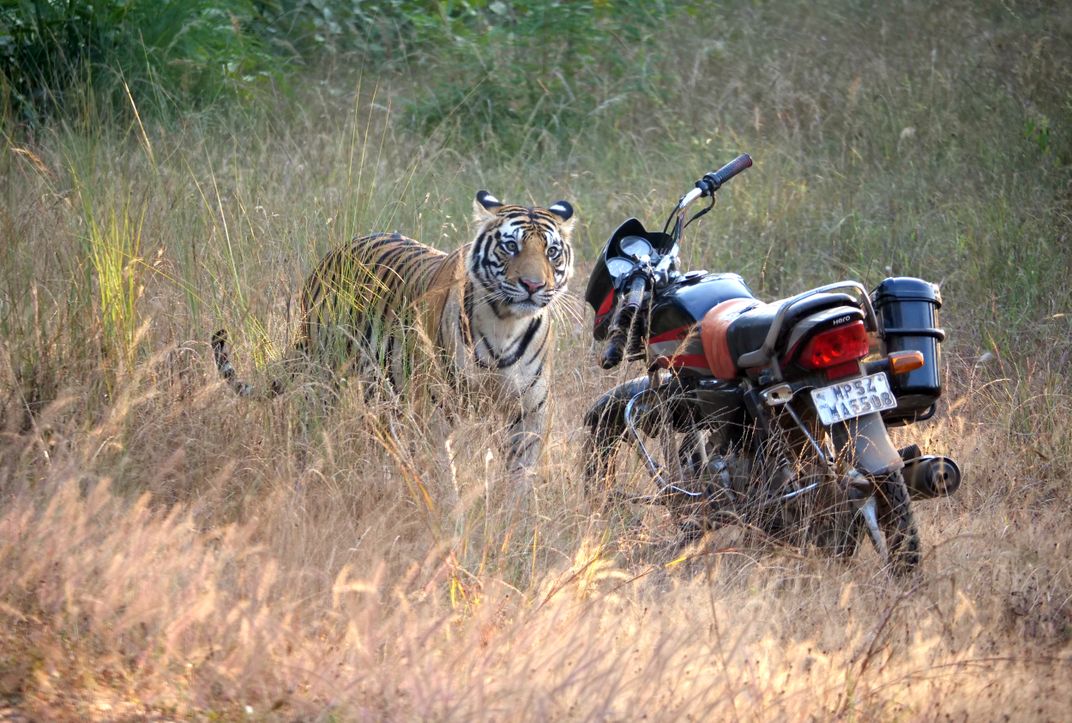 A tiger comes across a motorcycle in the Bandhavgarh National Park, India. The tiger was a sub-adult, at an age when it has just embarked upon hunting on it own. It did not know if the bike was its prey or something to be left alone. When it approached the bike it became surprised that it did not move as being a tiger it is used to other animals run away from it. The tiger went around the bike, cautiously peered into its headlight and finally picked up courage to nudge its tire. When there was no reaction it gave up on the motorcycle and moved away. The Bandhavgarh Park in Central India is known for its high density of tigers and is a popular destination for wildlife tourism.