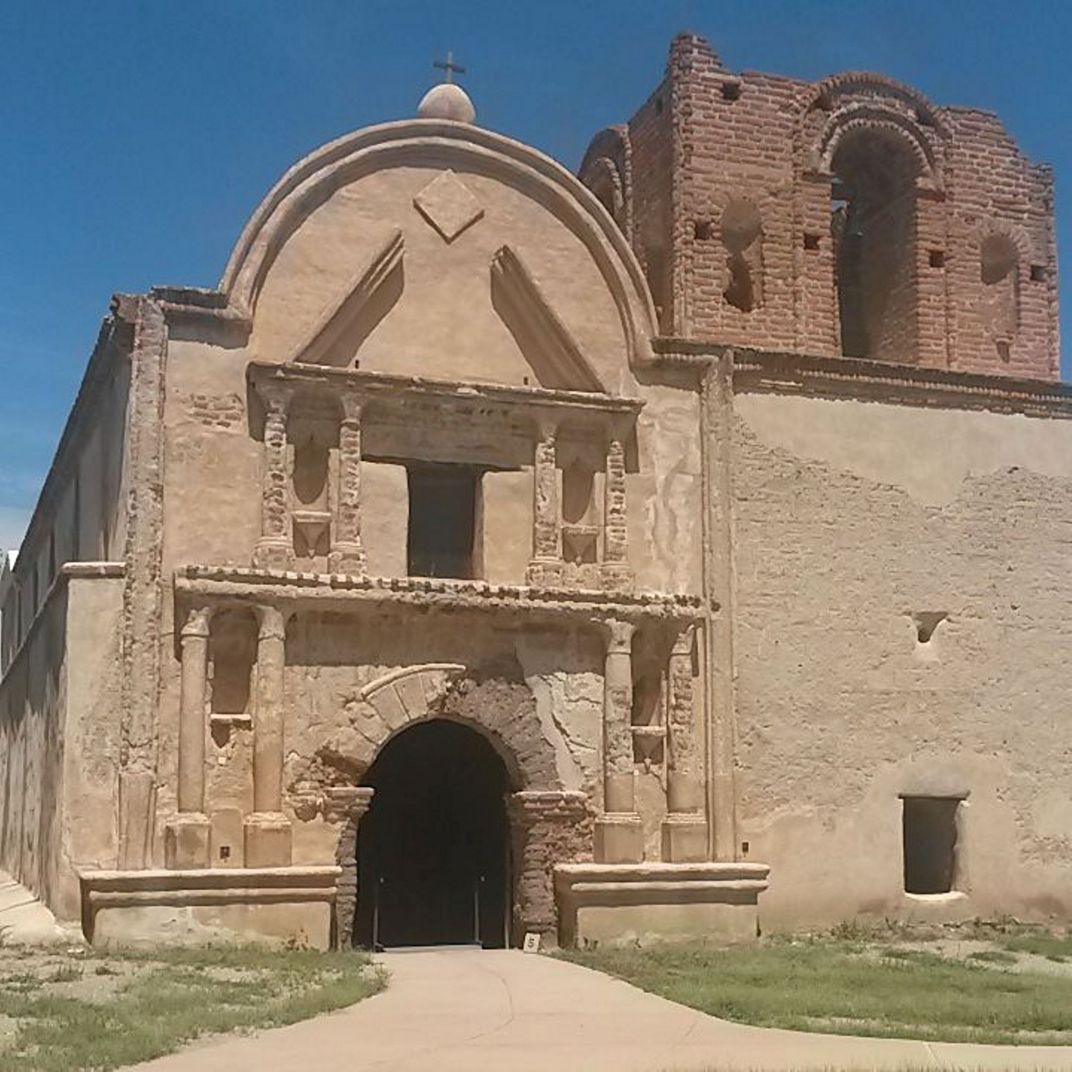 Tumacacori National Historical Park was visited by Jesuit Missionary Fr. Eusebio Francisco Kino,peacemaker among warring Apaches and rival tribes, in 1691 which was once a Pima Indian Village slightly over 20 miles north of the Mexican border. The Franciscans who replaced the Jesuits by order of the Spanish king, built the present adobe church about 1800 which became a national monument in 1908.Egyptian architecture in Southern Arizona is depicted in the capitals which were introduced into Spain by the Moors and copied onto the church facade.