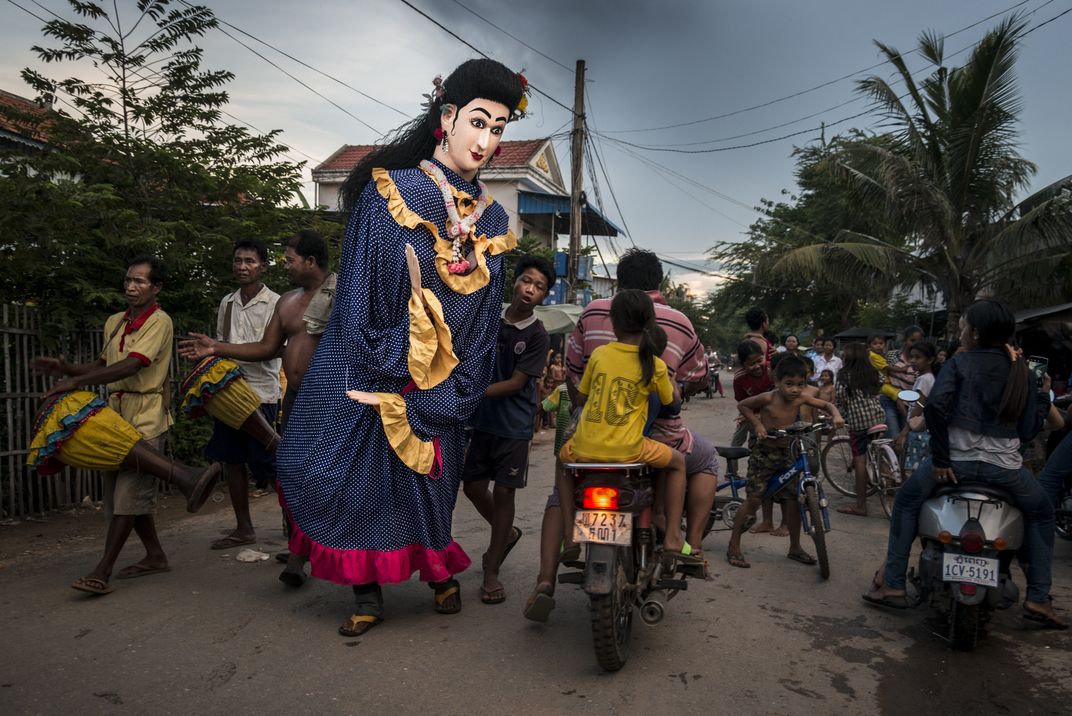 Street scene during a buddhist festival in the outskirt of Phnom Penh. Every year Buddhist temples host the Bon Phka or Bon Kathen religious ceremony, gathering people to donate money to build pagodas, bridges and roads in their village. This kind of ceremony usually has a pair of Ting Mong, one man and one woman, which are normally bigger than the average human. The Ting Mong dance when the Chhay Yam band play, with each puppet manoeuvred by a person standing inside it. They walk and dance to collect donations from villagers.