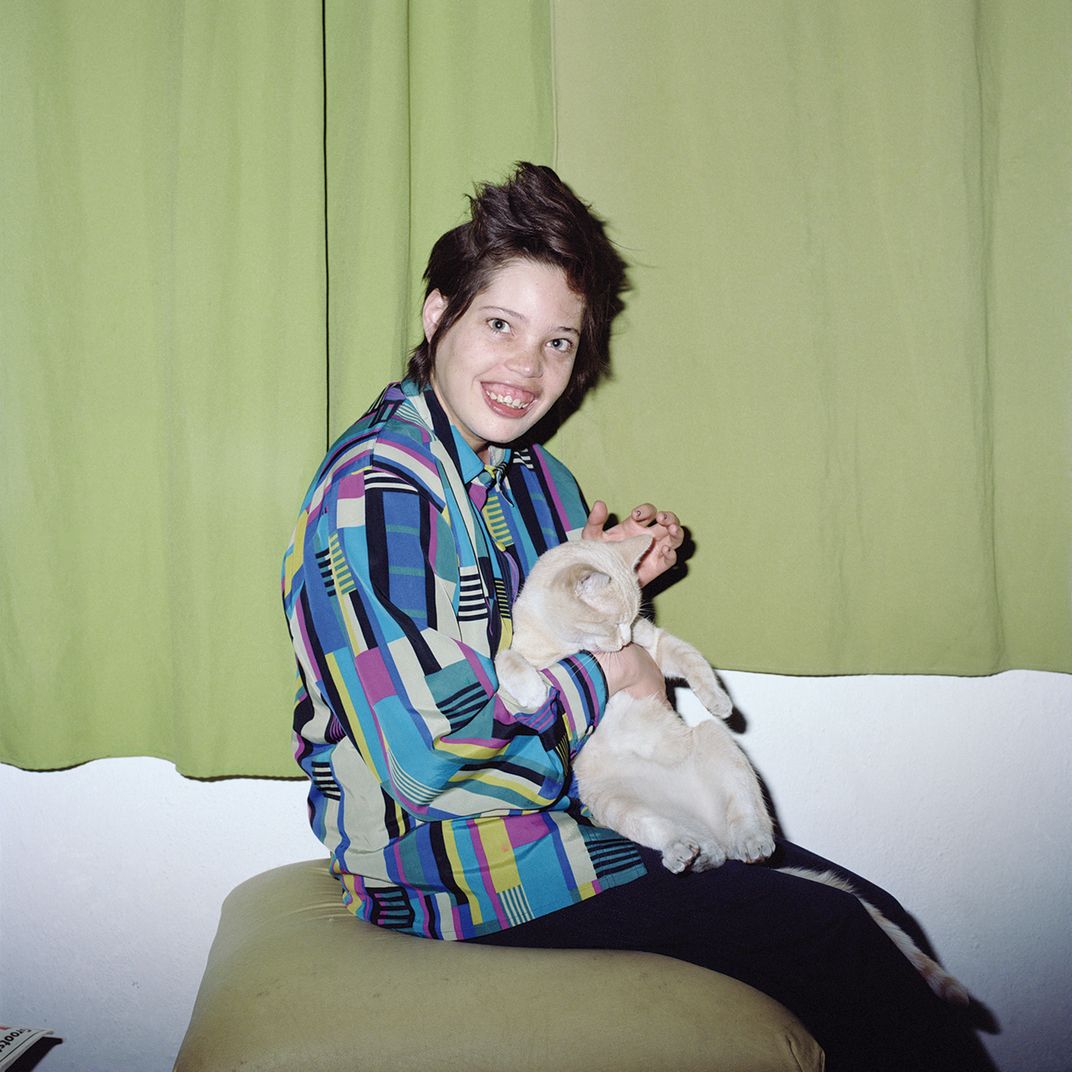 Tita, my older sister . I would like to invite you to read the following text, written by my father about “Los mundos de TITA”. "Tita is my first daughter. She is now 30 years old. A few days after her birth, she exhibited uncommon symptoms: she clenched her fists, bowed her head, and then her body lost stiffness. These symptoms repeated several times a day, so we took her to a doctor. A general physician then sent us to a neurologist, and, from there, we overtook a long journey, where professionals from different cities diagnosed her illness as epileptic seizure spasms. As parents, we lived these days in a state of shock, unable to digest a reality that we did not understand and that overwhelmed us. Etiology is unimportant now. Electroencephalograms and multiple tests concluded that Tita suffered from the West syndrome, a serious and rare brain disorder that generates short, axial muscle contractions; these produce psychomotor retardation with pervasive development disorder. Several neurologists agreed this condition later degenerated into the so-called Lennox Gastout syndrome; it meant childhood epileptic encephalopathy with mental damage and severe therapeutic resistance. Tita would need rigorous full time attention and much medication for the rest of her life. Tita’s condition made us abandon many of our life projects. However, two years later we decided to have Fabiola. By the time she had turned five, she had already become the older sister. Mentally Tita has stayed at the same age; she will always be a child. Since then, our communication is based on hugs and deep gazes. Her fragility and hyperactivity drive us forward into taking care of her without rest."