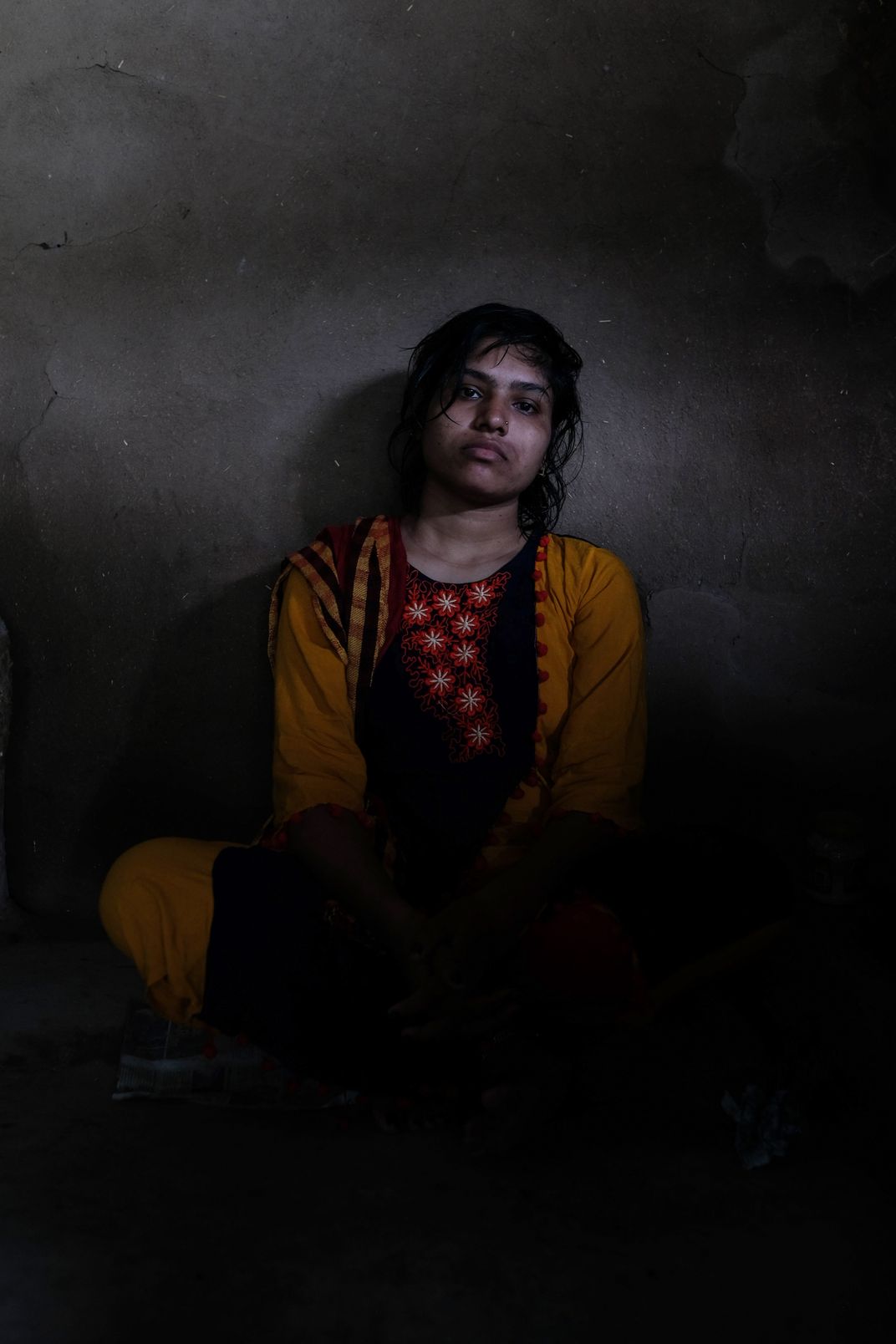 Laxmi (named changed for safety), 22, poses for a portrait in her parents house. Jul, 2018. Madhya Pradesh, India. Laxmi was kidnapped by a man who had asked her hand on several previous occasions and who, with the help of his wife, sold her in the state of Rajasthan for $50,000 rupees ($700 usd) to 2 men who brutally raped her and then sold her again in Bangalore, where she was forced to marriage twice against her will and was continuously raped and mentally tortured until she managed to communicate with her family who rescued her and bought her back to the village emotionally and mentally broke. India, according to the Thomson Reuters Foundation, is the most dangerous country in the world to be a woman. Every day hundreds of rapes are committed and thousands more are left unreported, making it difficult to have a global view of the problem. Still, daily, hundreds of girls and woman are exposed to sexual violence, human trafficking and sexual and domestic enslavement. After the incident, her life was completely distorted. In addition, as social stigma, members of her community began to pressure her father not to reveal what happened to her. They built tremendous social pressure on her family. Afraid and under pressure her father found a man to marry her within a month. She has been married since then. Laxmi is now 5 months pregnant and dreams of escaping from her in-laws house. She hopes that the arrival of the baby will make her stop working in the house chores.