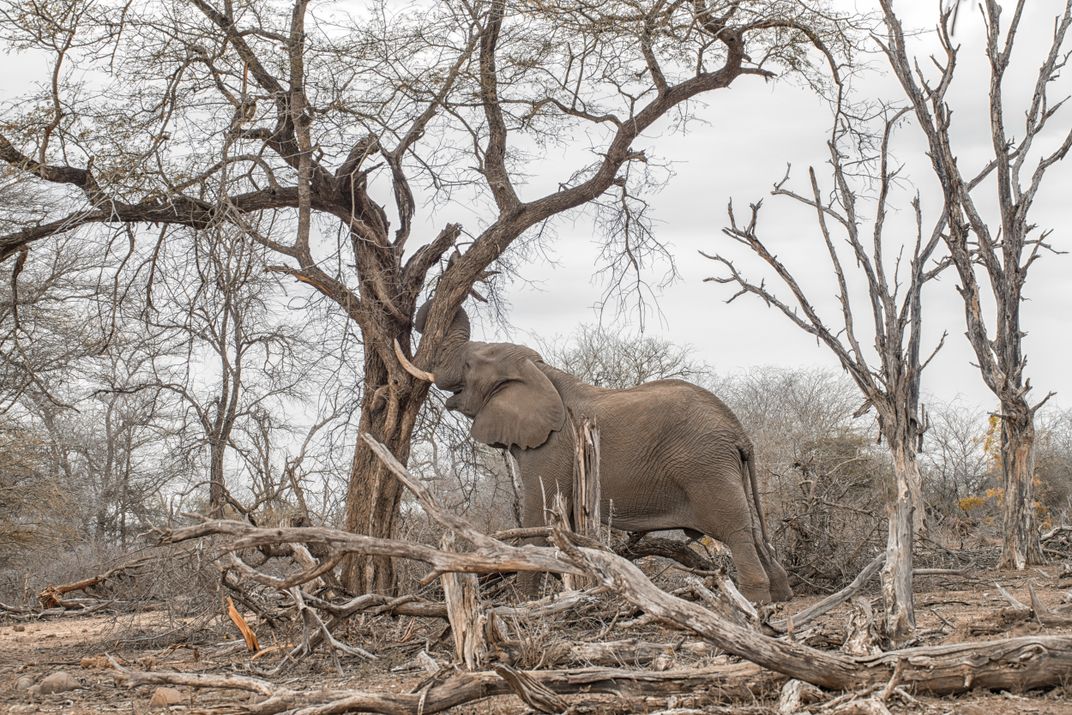 South Africa's current drought is the worst the country has faced in almost 30 years. A combination of climate change and the El Niño effect has created odd weather patterns worldwide. The ongoing drought is taking its toll on South Africa’s wild animal populations, but the effects vary from region to region and differs from species to species. Animals die during a drought, not because of lack of water, there is still plenty of water in rivers and dams, the problem is food. Tall-grass grazers such as buffaloes will suffer the most because of the lack of food. It’s important to let natural selection play a role: young and old animals as well as individuals with a weaker genetic make-up will die, resulting in a stronger and healthier genetic pool. Elephant would for the most part be unaffected as will rhino as they are bulk feeders of low-quality vegetation. The presence of elephants is essential for African wildlife reserves such as Kruger Park. They attract tourists and create important economic advantages. However, the presence of too many elephants comes with negative consequences. Elephants are the leading cause behind some area's changing ecology and shifting landscapes. They are knocking down trees left and right in Kruger Park, a new study revealed that tree-fall rates in the park are all about elephant density there, which is growing. Large pieces of land lie covered by dust and trees, with little to no grazing for browsers.