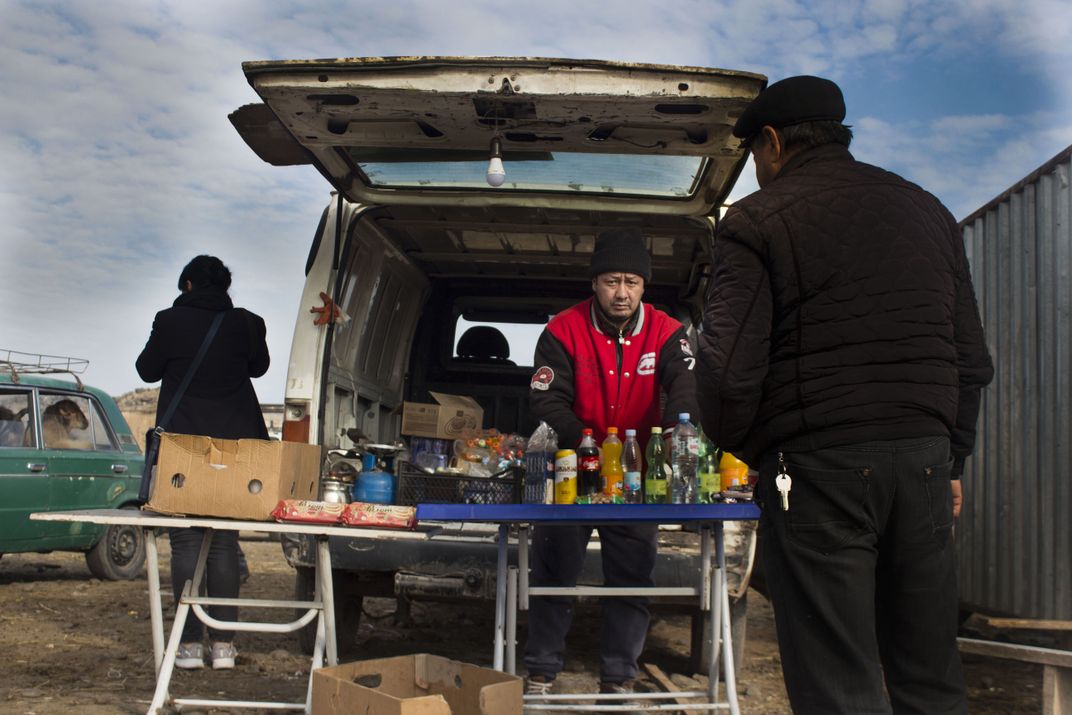 It was during the winter season when the first time I visited an animal market. It is situated few tens of km away from the capital Tbilisi, a place called-Marneuli. It is a cattle market that starts operating very early in the morning on Sunday, no matter the season of the year. The significant majority of the vendors are ethnic Azerbaijani, but also Georgians from the East and South regions of the country. Apart from cattle, you will find people selling soft drinks and snacks.