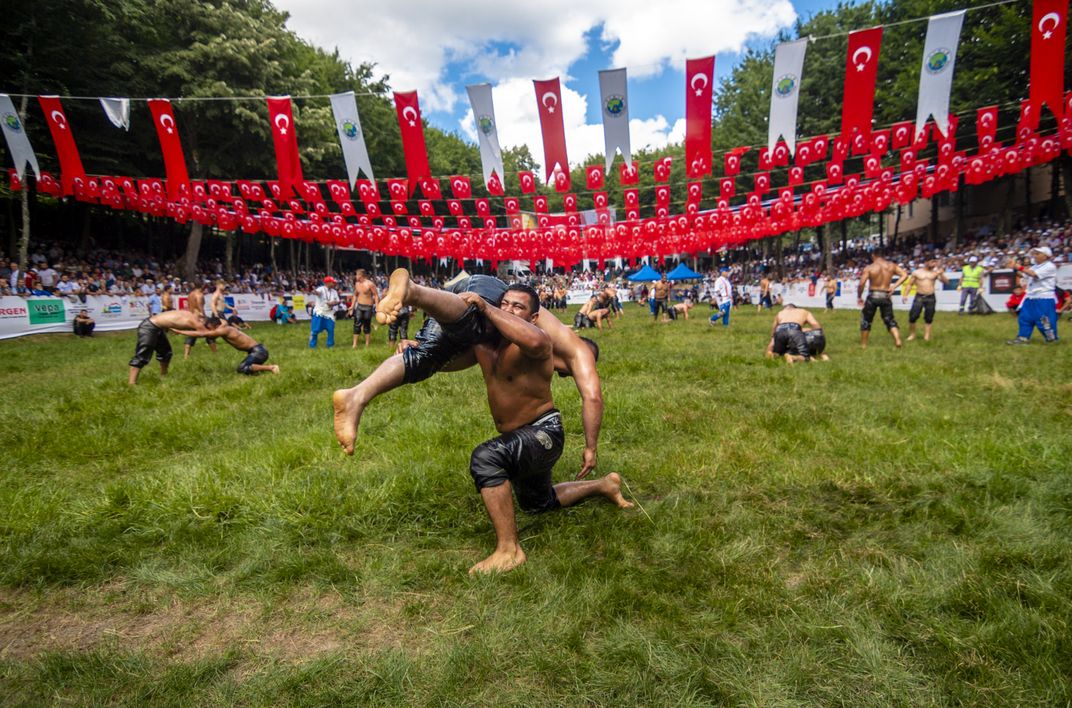 Traditional Turkish Oil Wrestling Traditional oil Turkish wrestling, which dates back to the Ottoman period, is quite common in Anatolia. These wrestlings are organized in a festive atmosphere and the visitors have fun at the same time. These organizations are held at different times in many cities. The biggest organization is Kırkpınar oil wrestling organized in Edirne city. I took this photo at the "Selman Sede Festivals" held in the Hendek district of Sakarya city. In this frame, which is a snapshot, the wrestler took his opponent on his shoulder and then reached the championship by laying him on the ground. This festival is a traditional festival and takes place on a certain date for a long time.