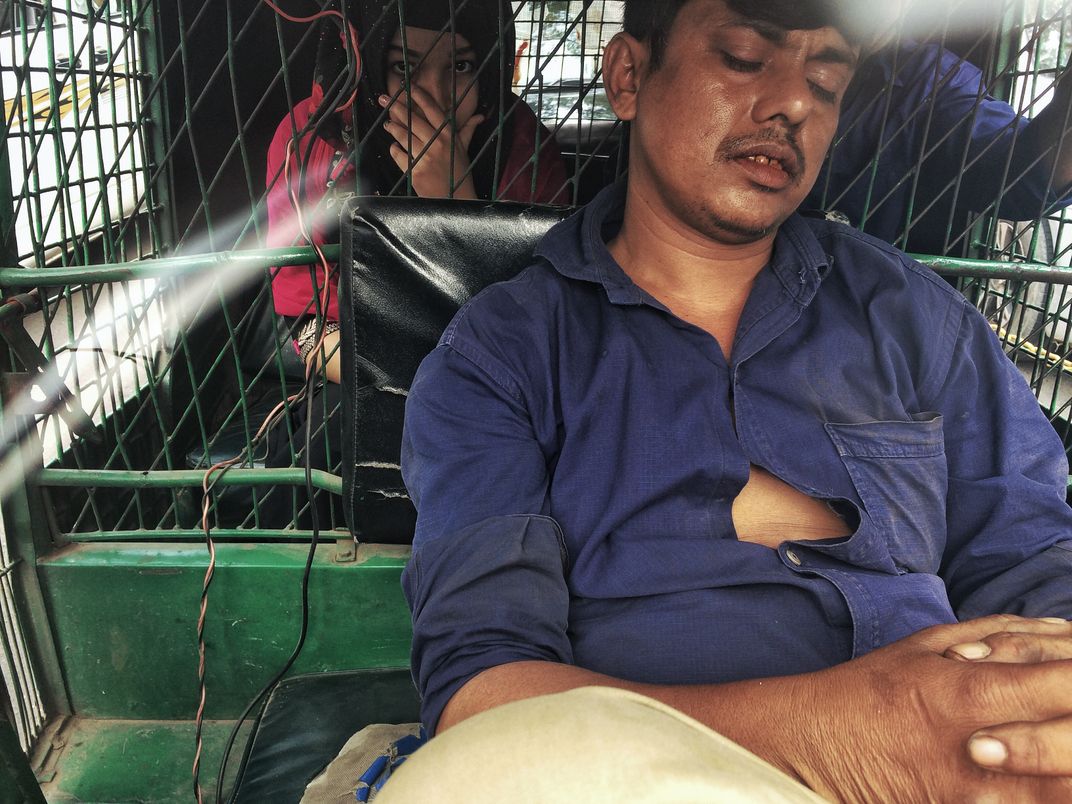 Dhaka is one of the most populated cities of the world. Traffic jam is one of the core elements in Dhaka and you can never get rid of it. Often people get tired in this hectic transportation structure. They are often seen exhausted sitting in variety of public transports. This is inside of a traditional CNG-fueled auto transmission vehicle locally known as 'CNG'. They are also called Auto-rickshaw. The driver is just sitting there being exhausted. And the woman seems tensed and visually she is behind a cage. We can also see a patriarchal structure in the photo.