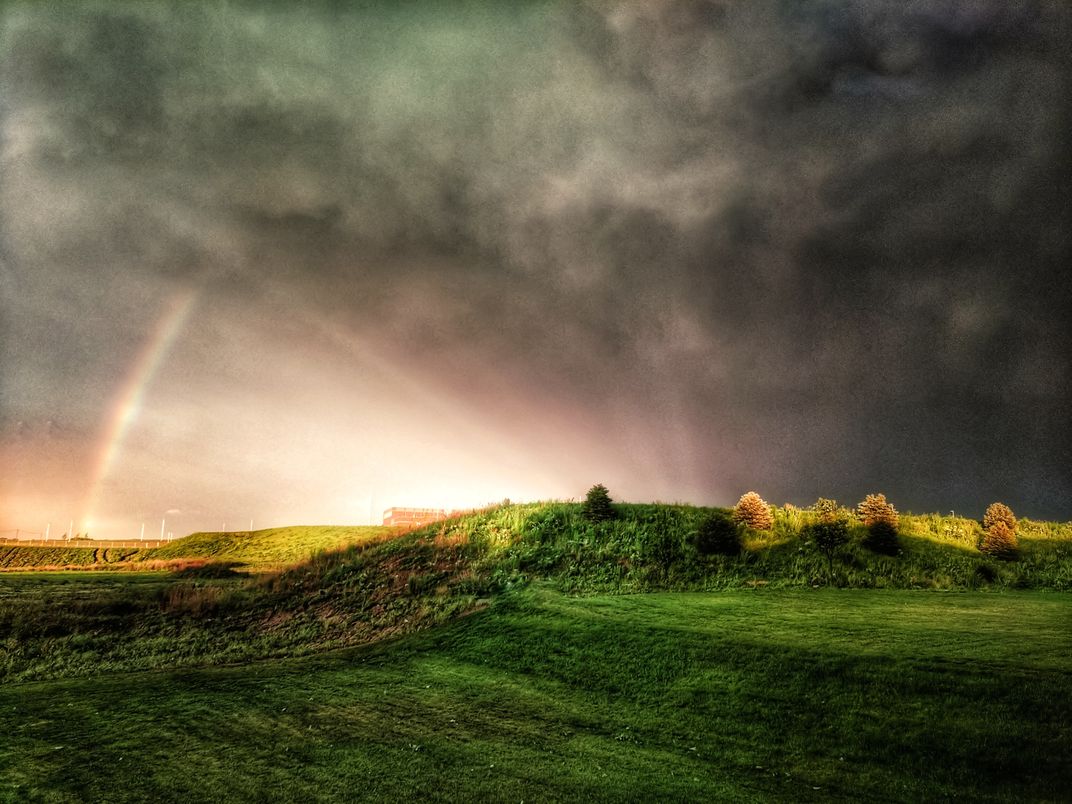 On June 17th 2017 an EF1 and EF2 tornado touched down outside of Omaha Nebraska with strong winds upward to 135 mph and hail larger than golf balls. I took this photo shortly after the storm passed over our house, and there appeared a rainbow as if it were a sign that everything would be okay. Luckily we were spared and only had hail damage, but soon after it passed over our house it further developed into a tornado that would knock out power to approx. 76,000 people and luckily no serious injuries occurred.