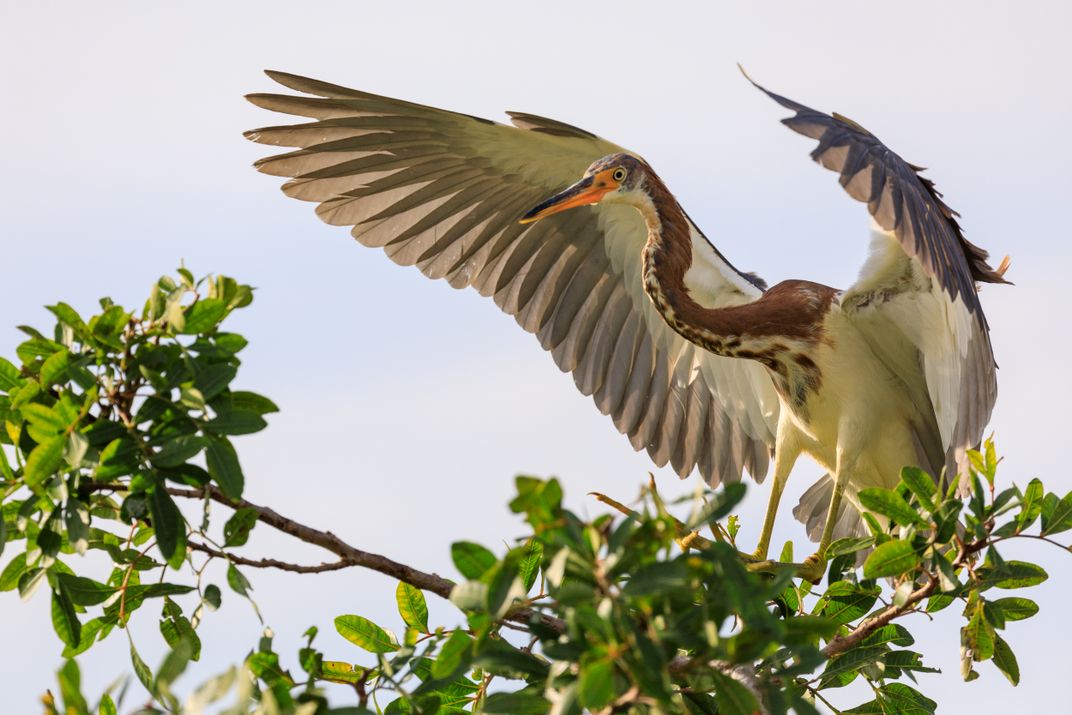 The Ritch Grissom Memorial Wetlands was constructed in 2007 to "polish" waste water for reuse and create a wildlife sanctuary. There are four cells and a central lake. The cells were designed to maintain differing levels of water to reflect and support a wide variety of wildlife. The wildlife is abundant, home to many, while also supporting migratory birds. This is an incredible example of achieving multiple environmental objects . . . water reuse and creation of a wetlands sanctuary. The landing Tricolored Heron is just one of many examples of the the wildlife to be found at the Grissom Wetlands.