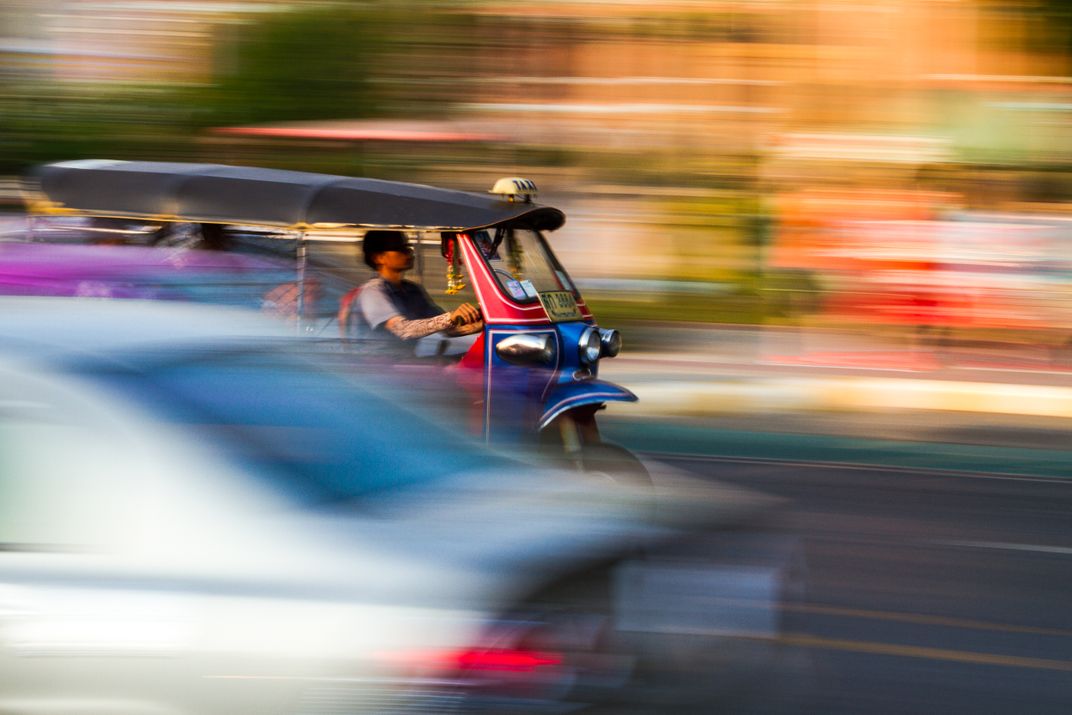 Tuk-tuks or 'sam lor' (three-wheeled) used to be everyone's favourite way of getting around Bangkok before the BTS, MRT and colourful taxis took over. Originating from an old-fashioned rickshaw during the second World War, a tuk-tuk is essentially a rickshaw with a small engine fitted in. Tuk-tuks have become one of Bangkok's most recognisable transportation features, and are still popular among tourists and visitors. Riding a tuk-tuk is more of an experience rather than a practical way to get around.