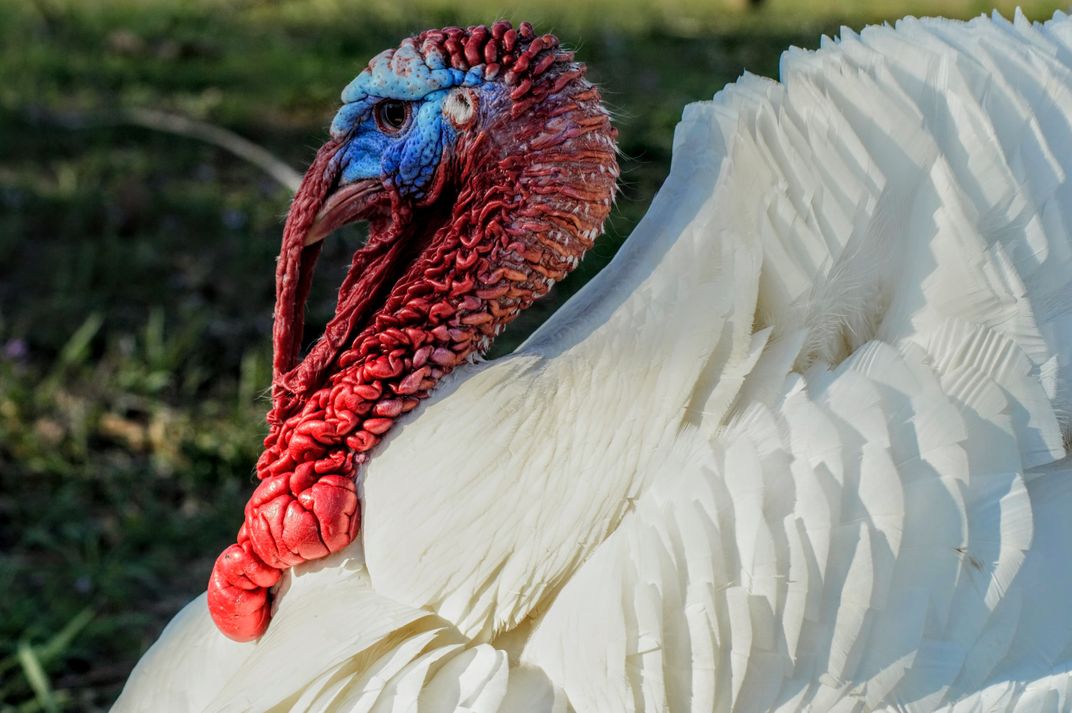 Turkey gone swan. White turkeys are one in a hundred thouand and I managed to see one, this was in a field and at first I thought, no that’s to far just keep driving, but I decided to get out of the car and sat down at the edge of a fence watching the turkey through my viewfinder, it staring walking. Toward me and it just kept coming until it was right at the fence, i was happy with how things turned out and glad I’d gotten out of the car, but it doesn’t stop at the fence like I thought it would it just went right under and was a few inches from me, at first I was scared it would peck me, and just froze their not wanting any sudden movments, as soon as he moved away , I bolted he followed, I was being chased by a turkey! after I found out he wasent going to hurt me I started taking some pictures, and after all it was a great experience, a story to tell. I like this shot because he almost looks like a swan, being a white turkey , but still has the turkey face.