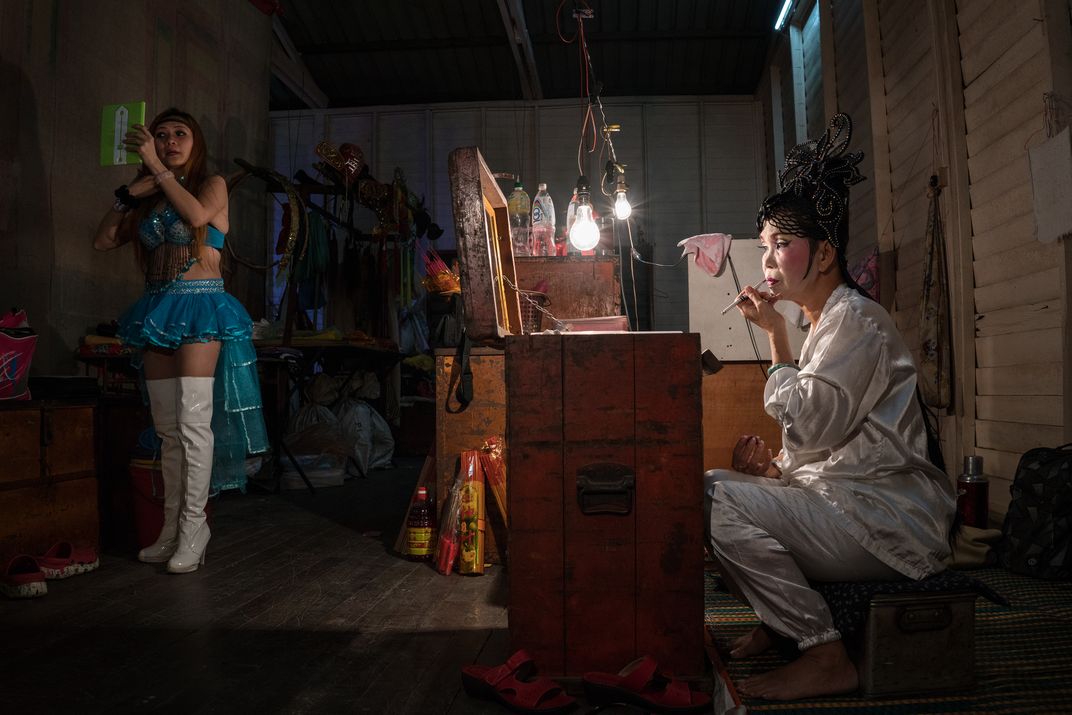 The Chinese opera is a tradition brought by the Chinese immigrants to Malaysia in the 1930s, which has been sustained till the present day. This image shows the evolution of the opera, with modern performances by singers clad in sexy attire intermixed with the traditional opera artists. They perform for the souls of the deceased during the Hungry Ghost Festival, held annually on the 7th Chinese Lunar Month where, according to Chinese cultures, the Gates of Hell are opened for souls to be free during the whole of 7th Lunar month. This image was shot in Kuala Lumpur during the festival in August 2015.