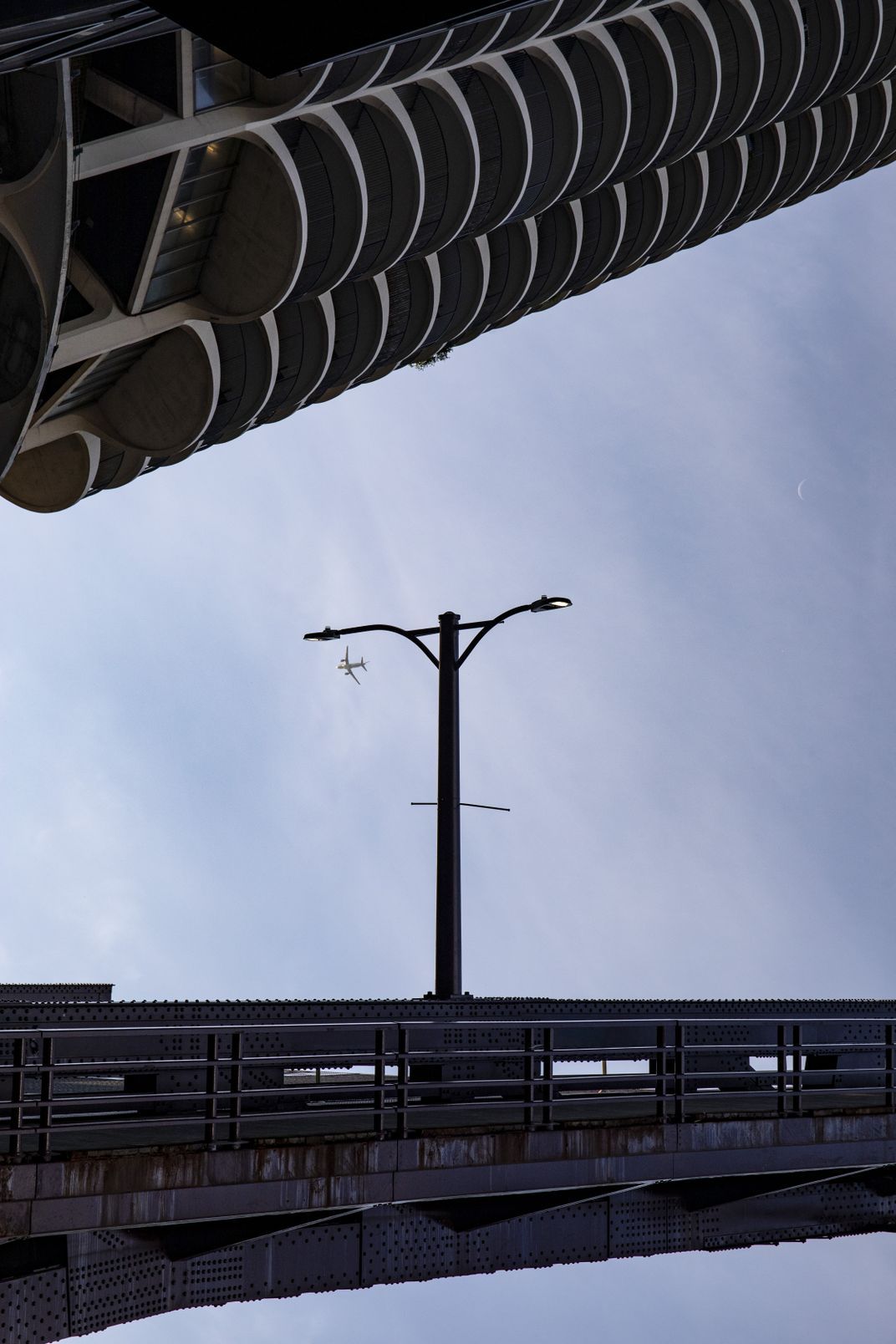 Do Bridges connect us or separate us? Moveable bridges were built along the Chicago river from 1834. The oldest still in service is over 100 year old. The bridges still operate and are lifted to allow transit of sailboats with masts too tall to pass under. This summer, during large social justice protests the bridges were lifted to isolate parts of the city. This particular morning, the bridges were raised to contain and deter. It was quiet except for alarm bells on every bridge which ring the entire time the bridge is raised.