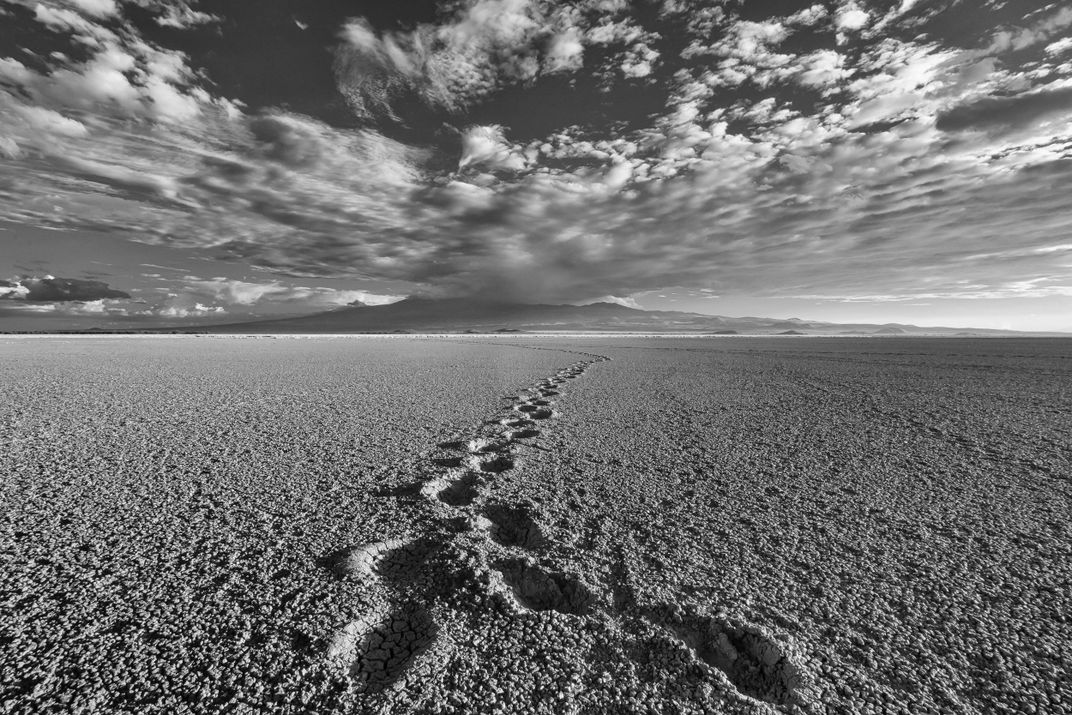 The footprints of two elephants converge into a single path back to the foothills of Mount Kilimanjaro in the sun baked playa of Amboseli National Park, Kenya. For years elephants have followed the same paths on their daily trek from the foothills and forests at the base of Mount Kilimanjaro to the swamps of Lake Amboseli and back. During the rainy season these paths are often flooded and difficult for the elephants to follow. However, during the dry season the playa bakes under the hot sun and can leave nothing other than the sunken footprints from an earlier trek as evidence. During these times the elephants can be forced to change their migration patterns and seek different feeding grounds and routes back the the water.