Home Travel Under the Milky Way 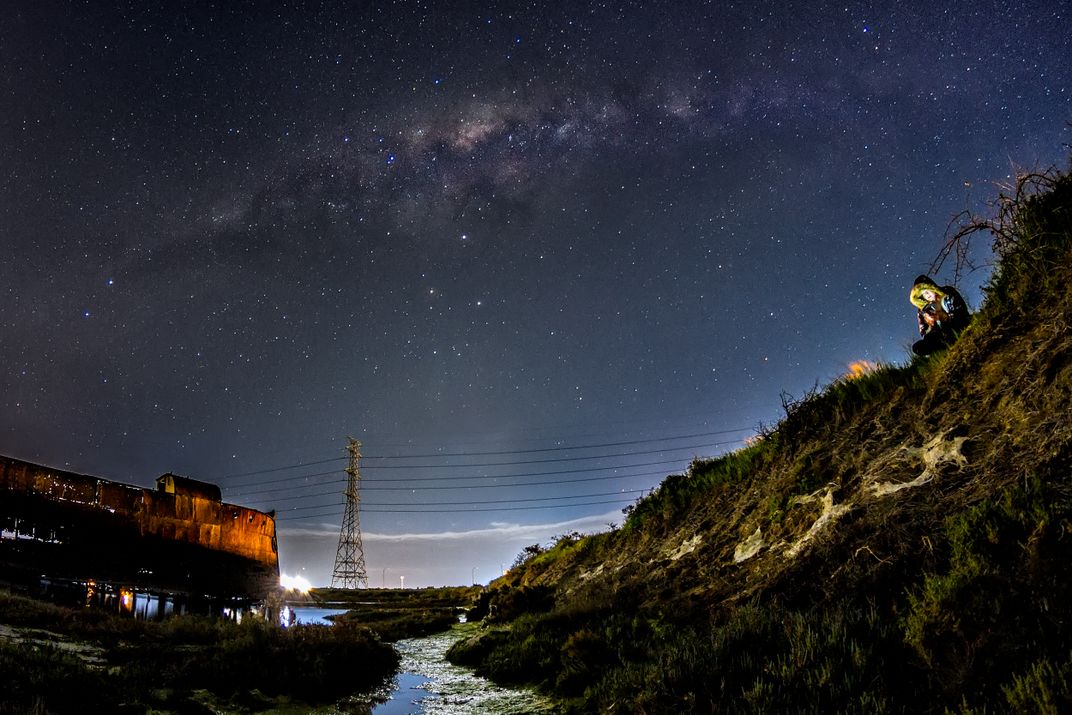 Remains of the MV Excelsior - Built in 1897. After working in New South Wales and Tahiti the Excelsior was bought in 1908 by South Australian flour millers, then later by the South Australian Farmers Union. After being sold in 1933 to the SA Harbours Board it was used as a coal hulk to supply dredges until being abandoned in 1945 in a tidal creek at Mutton Cove. Today the rusting vessel is a predominant feature east of Outer Harbor. The bow is intact but sections of the stern have collapsed.