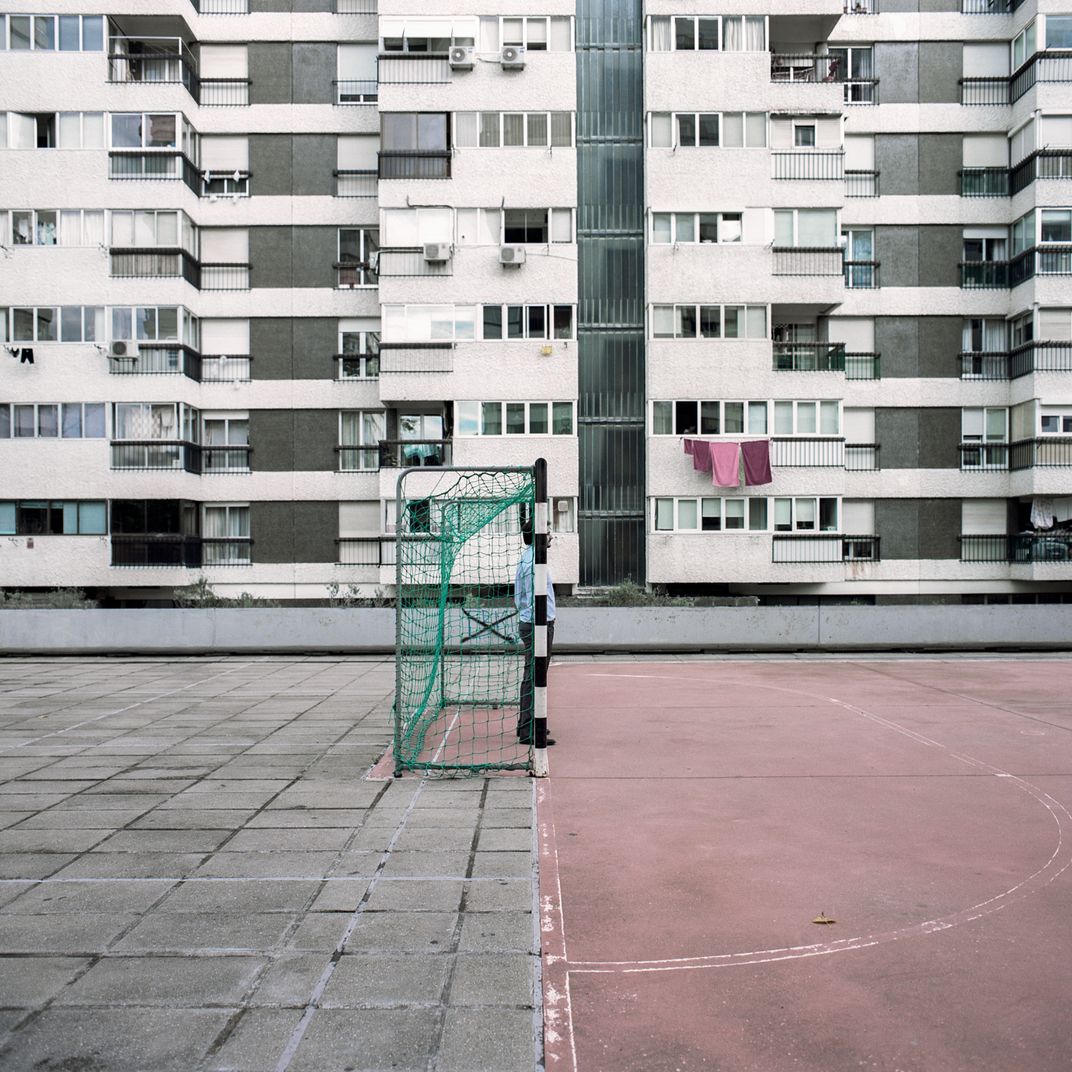 This series of images was taken in the residencial area of Miraflores, Lisboa. It was at 89 that my parents moved to an apartment in Miraflores, I was two years old and I lived there until eighteen. During the time I lived there I had no relationship with photography, much less was interested in the changes that came up around me, although I was aware of its occurrence. Subsequently, despite being in Miraflores several times now I return only in order to photograph for the first time after these years.