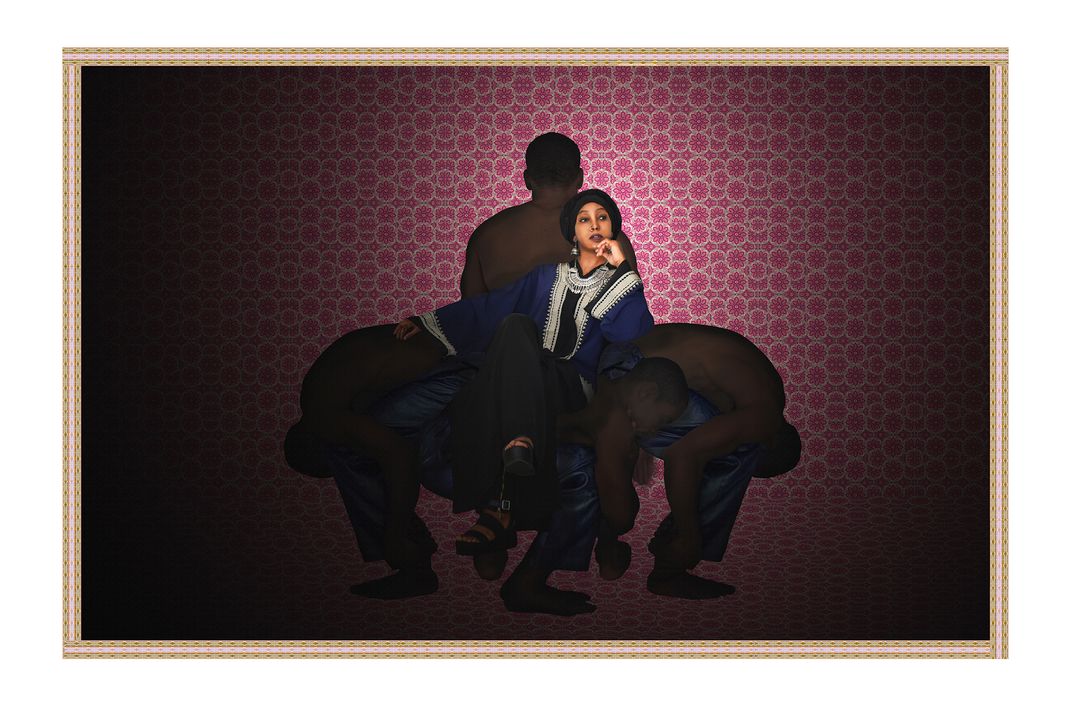 The body is a physical text in society, layered of historical and contemporary depictions both on macro- and microlevels. The body is always on view, specifically the female body and most especially the black female body. One of the greatest tragedies inflicted in the world is the objectification and dismemberment of the black female. It is a stain that has become institutionalized and highly publicized. However, a new epoch of humanity, cultural continuity, politics, and fecundity has ensued. This “modernism” as it is taught in contemporary curricula, launched unto the world as an ideology called feminism or womanism. No longer parading from one invisible corner to the next, the black woman does not allow herself to fell victim to the empire of patriarchy and its ego. Now let us consider that it wasn’t till the 1980s that the world has recognized that the objectification of female is an actual problem that needs to be considered and rectified. In analyzing this reality, The Matriarch series is a counter-story that visualizes the literal objectification of man as they become nothing but having the sole purpose of providing me with comfort.