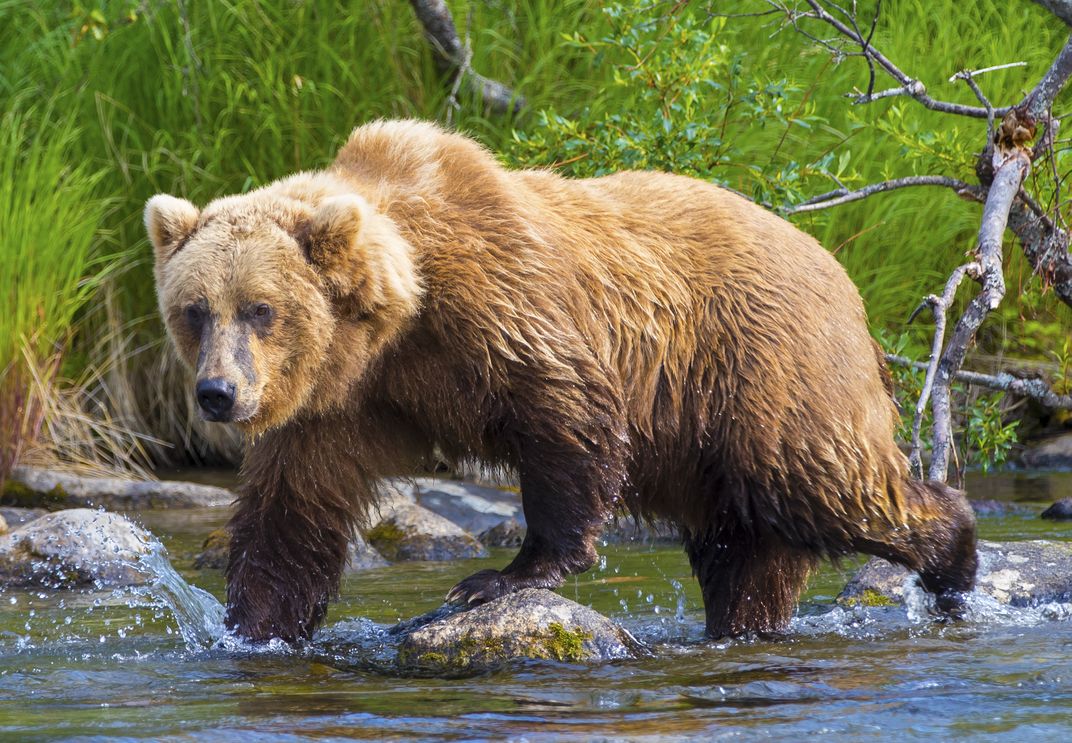 Brown bears (Ursus arctos) are the only bears to regularly inhabit Katmai National Park and Preserve. Even though grizzlies are considered to be a subspecies of brown bear, the difference between a grizzly bear and a brown bear is fairly arbitrary. In North America, brown bears are generally considered to be those of the species that have access to coastal food resources like salmon. Grizzly bears live further inland and typically do not have access to marine-derived food resources.