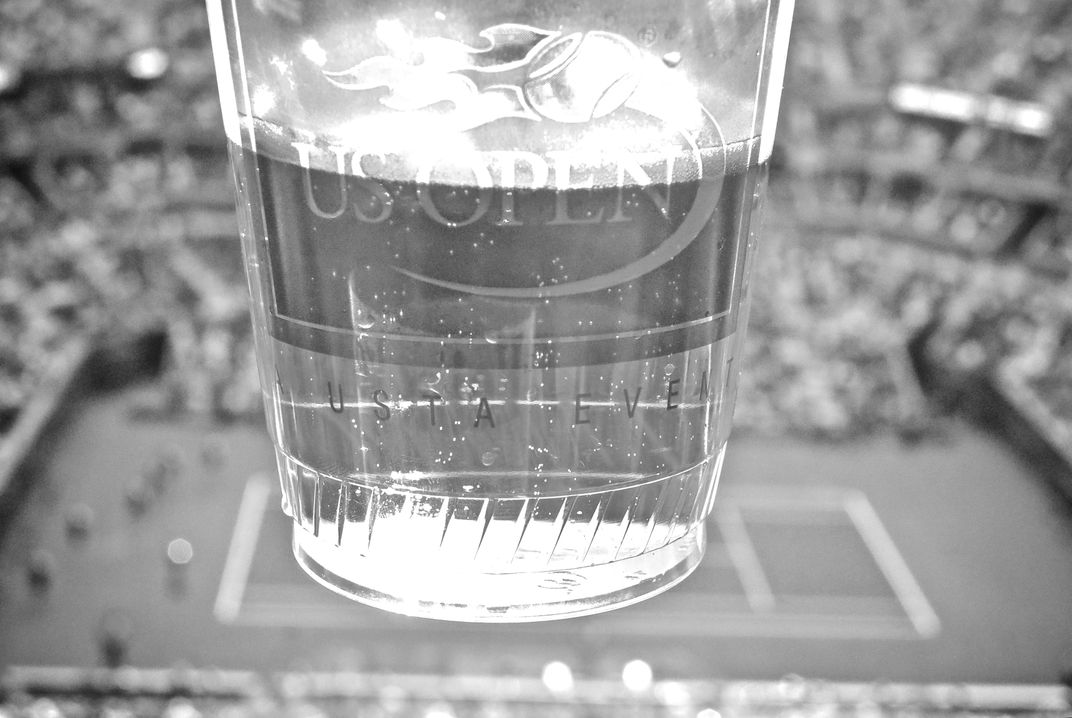 US Open match set behind a cup of beer. The United States Open Tennis Championships is a hardcourt tennis tournament which is the modern version of one of the oldest tennis championships in the world, the U.S. National Championship, for which men's singles was first contested in 1881. Since 1987, the US Open has been chronologically the fourth and final tennis major comprising the Grand Slam each year; the other three are the Australian Open, French Open and Wimbledon. In 1978 the tournament moved from the West Side Tennis Club, Forest Hills, Queens to the larger USTA National Tennis Center in Flushing Meadows, Queens, in the process switching the surface from clay, used in the last three years at Forest Hills, to hard courts.